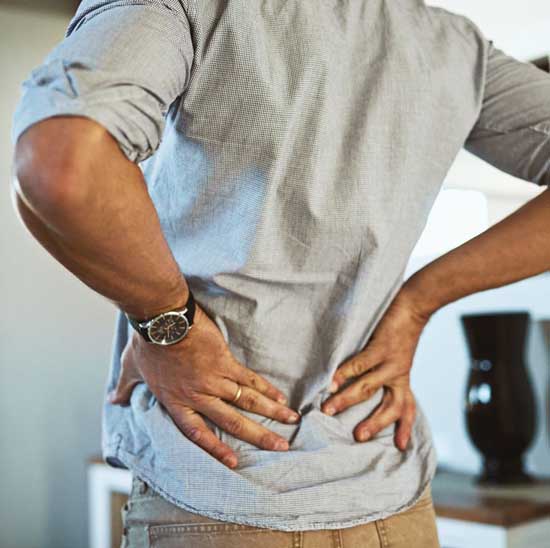 It’s the health buzzword that’s got everyone talking – but what is inflammation all about?

Chances are you’ve heard people talking about inflammation. But, unlike other health trends or so-called buzzwords, there’s a good reason why it’s on everyone’s mind. On one hand, inflammation is your body’s natural response to an injury or infection. On the other, it could be your body letting you know about a deeper-rooted health problem.

At its most basic, inflammation is the body’s immune response to something harmful or irritating.

Ben Barker, MD and Osteopath of Total Health Clinics says, ‘Without the inflammatory response, further damage may continue to occur. When an injury or illness is detected, histamine acts as a local agent to highlight the problem – hence the itching. It also draws in more blood to fight the injury, which is why the area can become red and swollen.’

According to Barker, acute inflammation is the type of inflammatory response that occurs immediately after the event. He says: ‘Acute inflammation is often sudden, often painful and normally localised to the specific site of injury, such as a sprained ankle, sinus infection, sore throat or chesty cough. It normally lasts only a few days or weeks.’

What about chronic inflammation?

A chronic inflammatory response often occurs in conditions like autoimmune diseases – such as lupus, rheumatoid and psoriatic arthritis or psoriasis – allergies, asthma, inflammatory bowel disease and Crohn’s. In these instances it’s not always known what causes parts of the body to become inflamed. Sometimes white blood cells sent to a part of the body because of an inflammatory response mistakenly attack internal organs, necessary tissues and cells.

In some instances it’s not always known what causes parts of the body to become inflamed.

Barker says that some lifestyle factors can induce chronic inflammation, certain gut disorders, such as coeliac disease would see inflammation continue if someone kept eating gluten. He adds: ‘In some chronic inflammatory conditions like asthma, eczema and psoriasis there appears to be a link between an increase in these conditions and living in an increasingly sterile world. When children are young they build up their immune response by putting things in their mouth or breathing it in. If everything they touch is sterilised, it could make them more susceptible to disease.’

He says normally inflammation follows from disease, and not vice versa. However, prolonged exposure to inflammation can lead to secondary disease. Barker says: ‘A good example is ulcerative colitis. This autoimmune condition creates an inflamed bowel, which after time can create scarring and diseased segments within the colon. This can lead to surgery where parts of the bowel need to be removed.’

What are the symptoms of inflammation?

There are five key signs of acute inflammation:

Redness occurs because of an increase in the blood supply to the inflamed area, swelling arises if fluid builds up there, and heat is caused by the increased blood flow. Pain can be continuous or only if the area is touched, and loss of function can include breathing problems and difficulties in moving a joint.

Less obvious internal signs could include fatigue, malaise, pain and allergies or reactions and changes to bowel function. You might get a mix of both. With inflammatory arthritis, for example, common symptoms to look out for in patients include flu-like symptoms, pain and stiffness in the joints, especially first thing in the morning, tiredness, and in some cases weight loss.

The most important symptom is swelling of the joints, especially if accompanied by heat and redness. Sometimes inflammation can go undetected. You can get a blood test that measures two inflammatory biomarkers: c-reactive proteins (CRP) and white blood cells. CRP levels rise when inflammation increases. Very high levels can point towards a significant immune response or an inflammatory disease. (CRP levels can also be affected by other factors such as age, obesity and malignancies).

Signs of acute inflammation typically arise within hours to days and can become severe. Triggers include infection, injury and reactions to insect bites and stings and it usually resolves within a relatively short time.

Chronic inflammation can arise from long-term exposure to an irritant, allergic problems, autoimmune disorders (where the body attacks itself such as in rheumatoid arthritis) and genetic problems. Its onset is slow and can last for months or years, typically causing thickening and scarring of the affected areas.

But is the concern around inflammation justified? Barker thinks, to a certain extent, it is: ‘As part of the body’s self-defence mechanism, inflammation will play a part in all illness and injuries. Inflammation is a vital part of recovery – only when it is excessive or inappropriate does it pose a problem. We should not be worried about inflammation in general, but we should learn how to manage and balance it.’

Researchers are still looking into long lasting, low-grade inflammation and its impact on health.

Professor Anisur Rahman, leading rheumatology expert and spokesperson for Arthritis Research UK says: ‘Inflammation within the body, especially the joints, can have a devastating impact on a person’s everyday life and there is so much more to learn about why inflammation occurs. This is why research projects are incredibly important so that we can one day find a cure to debilitating conditions such as rheumatoid arthritis and lupus.’

Many health experts also agree that a healthy lifestyle goes some way to reduce someone’s chances of inflammation or, at least, to manage it. Excess weight, a lack of exercise, smoking, and excessive alcohol consumption are environmental factors linked to inflammation. Barker adds, ‘Firstly address any underlying health conditions, if present. Otherwise, good general health with a well-balanced diet, nutritious diet, plenty of exercise, water and fresh air all play a role in maintaining good health and therefore inflammation.’

Acute inflammation may often require little or no treatment and be self-limiting in nature. If treatment is required, non-steroidal anti-inflammatory drugs (NSAIDs) may be helpful as may paracetamol. A short course of steroid tablets or a steroid injection can sometimes be used in severe acute inflammation.

The treatment of chronic inflammation depends on the cause but can include steroids, immunosuppressant treatments and biological medication.