Organizers from KüçükÇiftlik Park and URU in Istanbul are set to launch a new project, called KüçükÇiftlik Bahçe Theater, where theater plays will take stage under social distancing rules.

Different theater companies such as Semaver Kumpanya, Baba Sahne, Dostlar Tiyatrosu, and Duru Tiyatro will perform at a newly designed stage amid the coronavirus outbreak.

The events, which will take place between Aug. 13 and Sept. 15, will kick off with Moliere’s famous play “The Bourgeois Gentleman,” starring veteran actor Haldun Dormen.

On Aug. 14, Semaver Kumpanya will stage another Moliere piece, “The Miser.” On Aug. 21, Baba Sahne will perform “Bir Baba Hamlet” (an adaptation of Sebastian Seidel’s Hamlet for You).

Dostlar Tiyatrosu will take the stage on Aug. 27 to perform “Yaşamaya Dair” (On Living). Arena Oyuncular company’s “Bir Zamanlar Gazinoda” (Once upon a time in a music hall) will be the last play of the outdoor theater extravaganza.

“The new venues accommodate 450 seats, which complies with the social distancing rule,” said Banu Zeytinoğlu, one of the supporters of the project.

“People will go through temperature checks before entering the venue. Online ticket checks will be in place, and no selling will be permissible at the entrance. Seating rearrangements are in place, and the stage got rebuilt, taking the outbreak into account. Wearing face masks is mandatory at the venue,” she added.

Naz Kavran, the spokesperson for KüçükÇiftlik Bahçe Theater, noted that KüçükÇiftlik Park had offered its venues for theater plays in the past.

“Several theater companies have staged their plays here. We even had our own theater company back in 2012, but later musical events and festivals took over,” Kavran said, adding that they always wanted to set up a theater on the lawn of the venue.

She discussed the project with actor Cem Davran a couple of years ago and with Banu Zeytinoğlu in July this year.

“She immediately mobilized her team and lent her support for the project. We had a meeting with another actor, Şevket Çoruh, who also supported the idea. Thus, we finally materialized the project with a newly designed stage and seating arrangement,” Kavran added. 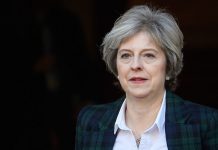 Boston prof, who got $10mn for anti-racism research from Twitter’s Dorsey, catches flak after saying term ‘not racist’ is RACIST