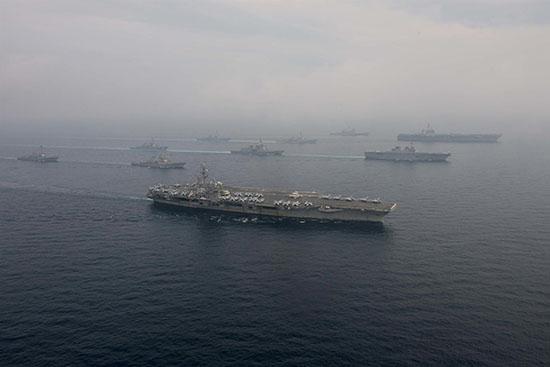 The Iranian Foreign Ministry has announced that the United Arab Emirates regrets the incident and that it is ready to compensate for the damage.

Tehran said that it had captured a United Arab Emirates (UAE) ship and detained its crew over alleged violations of Iranian territorial waters on Monday, according to the Islamic Republic’s state TV.

The news outlet also cited the Iranian Foreign Ministry as saying in a statement that the UAE had expressed regret over the incident and is ready to compensate for the damage.

“On Monday, an Emirati ship was seized by the border guards of Iran and its crew were detained due to illegal traffic in our country’s waters. On the same day, UAE guards shot dead two Iranian fishermen and seized a boat […]. The UAE has expressed regret for the incident and in a letter on Wednesday announced its readiness to pay compensation”, the Iranian Foreign Ministry’s statement pointed out.

Earlier on Thursday, the ministry reportedly said that it had summoned an UAE envoy in connection with the killing of Iranian fishermen.

The Emirates’ state-run news agency WAM, in turn, reported on Monday that that several Iranian fishing boats had allegedly entered UAE waters near the island of Sir Bu Nair in the Persian Gulf.

After the vessels did not stop when ordered to do so, “rules of engagement were applied”, WAM added without elaborating.

The developments came after an incident in the Gulf in late June, when Saudi Arabia’s Coast Guard fired warning shots at Iranian boats that refused to stop, accoridng to the country’s state news agency SPA.

A spokesman for the Saudi Coast Guard said at the time that after the shots were fired, the Iranian vessels retreated, adding that any violations in the kingdom’s waters would not be tolerated.

Iran’s Mehr News, for its part, reported that the incident occurred on 24 June when the country’s fishing boats were pushed off their course by waves. The outlet said that no fishermen were harmed in the incident and the boats returned to Iran the following day.