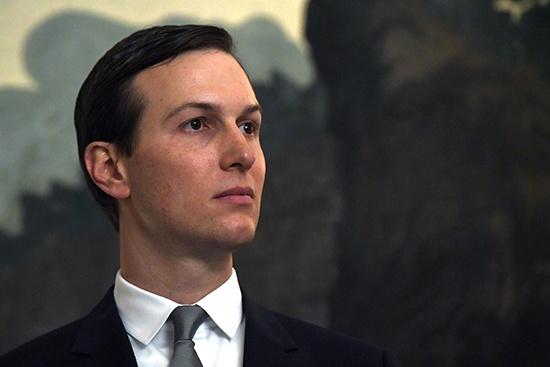 Jared Kushner, the senior adviser to the While House and US President Donald Trump’s son-in-law, has made an overture to Iran, after Trump has predicted that he will “have a deal” with Tehran within a month if he is re-elected in November.

In a recent interview, Kushner appealed to Iranian President Hassan Rouhani to engage with the United States in peace talks.

“For President Rouhani, I would say it’s time for the region to move forward. Let’s stop being stuck in conflicts of the past. It’s time for people to get together and to make peace,” he said.

Kushner claimed that making peace with the US would boost Iran’s economy.

“Peace is a noble thing. It’s a good thing and it’s a very important thing, if we want to have a world where everyone can have economic opportunity in order to live a better life than their parents,” he said.

“President Trump is willing to talk. He’s willing to meet,” Kushner said, but then added that “he’s going to be tough.”

“If there is a real deal where nuclear weapons are off the table, and we can make sure that it leads to a more prosperous Middle East, then I believe President Trump would sit and have discussions about it,” he added.

Earlier this month, Trump said, “When we win, we will have a deal within four weeks [with Iran].”

Iran has, however, said that Trump had four years time during his tenure to initiate diplomacy with Iran, but he failed to grasp the opportunity and instead directed the White House to make “the worst of mistakes” in dealing with the Islamic Republic.

Ali Rabiei, the spokesman of Iran’s administration, dismissed Trump’s claims as a mere ploy to draw more votes, adding that the US president, if re-elected, “will not succeed in striking an agreement as long as he continues the policy of pressure against Iran.”

Washington’s Iran policy took a highly belligerent turn under Trump, who has overseen a campaign of “maximum” economic pressure accompanied by military provocations.

The US unleashed the “toughest ever” sanctions against Iran in 2018, when the Trump administration scrapped the 2015 nuclear agreement.

Trump also pushed Tehran and Washington to the brink of an all-out war by ordering the assassination of Iran’s top anti-terror commander Lieutenant General Qassem Soleimani during an official visit to Iraq in January.

On Friday, the UN Security Council almost unanimously refused to support a US-sponsored draft resolution on extending the arms embargo against Iran, which is due to expire in October under the JCPOA.

During the 15-member Security Council vote, the US received support only from the Dominican Republic for its anti-Iran resolution, leaving it far short of the minimum nine “yes” votes required for adoption.

Russia and China, both veto-wielding powers and parties to the JCPOA, voted against the draft resolution and the remaining 11 Security Council members, including France, Germany and Britain, abstained.