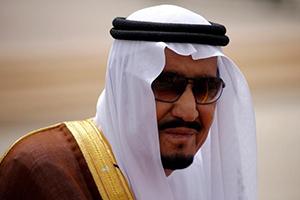 Saudi Arabia’s new strategy to have the OPEC+ laggards in production cuts fall in line with their quotas looks to be succeeding as the Saudi Energy Minister, Prince Abdulaziz bin Salman, is forcing non-compliant members of the pact to compensate for previous overproduction.

According to Bloomberg’s Grant Smith, the Saudi prince’s strategy to pressure quota cheaters such as Iraq and Nigeria seems to have started to bear fruit. Instead of taking on the additional burden with the production cuts as it did in the past, the Saudi Prince is now insisting  that those countries that have pumped above their quotas between May and July should make up for their own poor compliance in August and September.

This new strategy seems to be working, at least partially, as Iraq and Nigeria – although not complying fully with their quotas – are making efforts and promise extra cuts on top of their share of the reduction.

According to Bloomberg estimates, Iraq and Nigeria both showed compliance rates of 85 percent with their quotas, which is as high as they have ever shown in the past, and in contrast with previous deals when Iraq wasn’t complying at all—when the Saudi Prince wasn’t the one running the show.

Earlier this month, OPEC’s second-largest producer, Iraq, promised additional cuts of around 400,000 barrels per day (bpd) this month in order to compensate for the lack of compliance with the OPEC+ agreement in the previous months.

The OPEC+ panel, the Joint Ministerial Monitoring Committee (JMMC), said after its meeting on Wednesday that the overall OPEC+ compliance with the cuts was 97 percent in July.

“The underperforming Members of the Committee reaffirmed their commitment to compensate for the shortfalls in May, June, and July 2020 by the end of September 2020,” OPEC said, adding that all underperforming participating countries should submit their plans ‘compensation cuts’ to the OPEC Secretariat by the end of next week, August 28.

“The Committee emphasized that achieving 100% conformity from all participating countries in the DoC and compensating for the shortfalls in May, June and July 2020 is not only fair, but vital for the ongoing rebalancing efforts and to help deliver long-term oil market stability,” OPEC said.