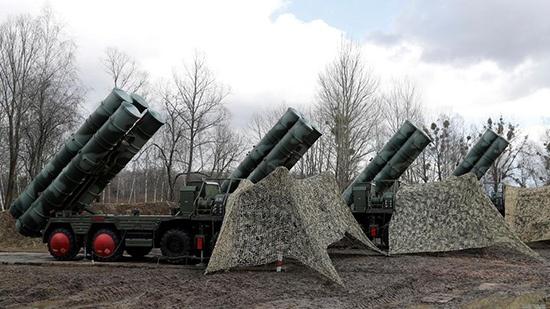 “From now on, the initiative on the S-400s lies solely with Turkey. They have the capability to activate them within the hour,” Yılmaz said in a tweet.

Turkey has completed testing the radar systems, and rolled out software to differentiate hostile entities the Russia analyst said.

France, Italy, Egypt and the United Arab Emirates increasing their military capacity in the Mediterranean and Germany’s involvement in the dispute on the side of Greece has led to a NATO crisis, Sabah said, with the threat of war rising as the United States partially lifted the arms embargo on Cyprus.

Turkey purchased the Russian systems in 2017, and delivery started in 2019. A second batch was prepared for delivery in July. The purchase has added to Turkey’s issues with its NATO ally the United States, which says the S-400s are incompatible with NATO weapons and pose a security risk.

Often regarded as a sign of Turkey’s drift away from its historical Western allies towards Russia, purchasing the S-400s has resulted in the United States removing Turkey from the F-35 stealth fighter jet programme and paved the way for a series of sanctions on the country.