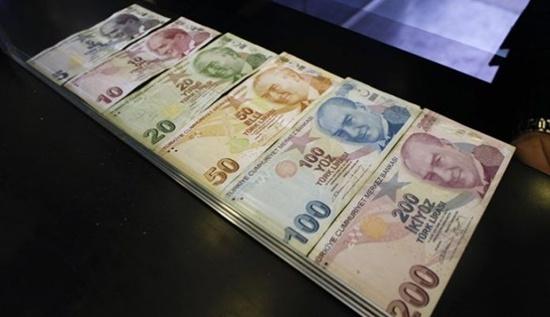 Turkey’s lira hit a fresh record low on Friday as investors questioned whether the central bank was serious about fighting inflation and political and military tensions with neighbouring Greece showed no signs of abating.

The lira fell to as low as 7.4558 per dollar in morning trading in Istanbul, declining for a fifth-straight day. The currency was down less than 0.1 percent at 7.437 per dollar at 11:08 a.m. local time in volatile trading.

Late on Thursday, Turkey’s foreign ministry called on Greece to enter NATO-backed talks that envisage a withdrawal of naval and air forces from disputed regions between Cyprus and Crete. NATO said earlier in the day that the two sides had agreed to enter the technical discussions, a statement that a Greek official later denied to the Associated Press.

The lira also weakened after the Turkish Statistical Institute said on Thursday that consumer price inflation was little changed in August compared with a month ago. CPI now stands at an annual 11.77 percent. Investors are calling on the bank to hike its benchmark interest rate of 8.25 percent to prove that it is serious about paring price increases.

The central bank, which is supporting economic stimulus, has spent tens of billions of dollars of its foreign exchange reserves defending the lira this year. In recent weeks, it has tightened monetary policy but refrained from raising the benchmark rate amid opposition from Erdoğan, who says higher interest rates in Turkey are inflationary.

The central bank said in a presentation to foreign investors on Thursday that monetary tightening meant that headline inflation was on a downturn. But it acknowledged that a COVID-19 pandemic-related rise in manufacturers’ unit costs and accumulated exchange rate effects had led to an upward trend in core inflation indicators. The central bank’s target for inflation stands at 5 percent.

“The central bank just says trust us inflation will fall over the medium term. But why? Inflation is running more than twice the target and has been for much of the past decade,” Tim Ash, senior emerging markets strategist at BlueBay Asset Management in London, said in comments on Twitter on Thursday.

Turkey suffered a currency crisis in the summer of 2018 after investors sold the currency on concern that the economy was overheating. A lending spree by state-run banks this year has led to a surge in demand for imports, reviving fears for economic instability as the current account deficit widens.

The central bank has slashed interest rates from 24 percent in July last year, when Erdoğan sacked and replaced its governor for failing to back his government’s pro-growth economic policies.