Aside from making up one of your five-a-day, grapefruit has a variety of healthful attributes.

One of the healthiest citrus fruits around – and one of the lowest in calories – grapefruit is a versatile fruit, ranging in flavour from bittersweet to sour. From boosting heart health to supporting your immune system, the health benefits of grapefruit can be attributed to its potent antioxidant, vitamin, mineral and fibre content.

A cross between a sweet orange and a pomelo, grapefruit grows in clusters on the tree like grapes, hence the name. Celebrated as one of the ‘Seven Wonders of Barbados’ – where it originates from – the tangy fruit has found favour as a breakfast staple the world over.

We asked registered nutritionist Rob Hobson, head of nutrition at Healthspan, to talk us through the evidence-based health benefits of grapefruit:CLICK TO

Aside from making up one of your five-a-day, eating grapefruit is said to have a variety of healthful attributes – most notably when it comes to weight loss. This is what science has to say:

In one average-sized grapefruit – around 160 grams – you’ll find 54 calories, and 2.4g of fibre; equivalent to 9.3 per cent of your Recommended Daily Amount (RDA). There’s also:

In one average-sized grapefruit, you’ll find 54 calories and 2.4g of fibre.

‘Grapefruit also contains lutein, zeaxanthin, and lycopene, which all belong to the carotenoid family,’ says Hobson. ‘These plant compounds are responsible for the colour of the fruit and also act as antioxidants in the body.’

Alongside lutein, zeaxanthin, and lycopene, vitamins A and C also act as antioxidants in the body. Antioxidants help to protect cells in the body from the damage caused by excess free radicals, Hobson explains.

‘When free radical levels start to outnumber antioxidant levels, they can cause oxidative stress, which can damage the DNA of cells,’ he explains. ‘This is thought to be at the root of many chronic diseases such as heart disease, cancer and diabetes.’

Vitamin C has a whole host of important functions in the body – from wound-healing to promoting effective iron absorption – so getting enough through your diet is crucial. Grapefruit is an especially potent source of the vitamin, with 58mg in every medium-sized fruit.

‘Vitamin C is involved in the synthesis of collagen which is a key constituent of skin, bone, teeth and capillaries, and is essential for wound healing,’ says Hobson. ‘Vitamin C helps the body to absorb iron, especially from plant sources, and may have a protective role in protecting against the common cold as well as shortening the time of infection.’

Lutein has been researched for its anti-inflammatory properties, says Hobson, particularly around the improvement and possible prevention of age-related macular degeneration (AMD). This eye disease is the leading cause of permanent vision loss in people over the age of 60.

‘Lutein and zeaxanthin are found in the macular of the eye – part of the retina responsible for fine vision,’ he explains. ‘These carotenoids help to protect the macular by filtering out harmful blue light and also provide antioxidant protection. You can make zeaxanthin from lutein, but you need to get lutein from the diet as the body can’t make it.’

Vitamin A also contributes to eye health by ‘keeping the skin and mucosal cells of the eye and respiratory, gastrointestinal and genitourinary tracts healthy to maintain a barrier against infections,’ says Hobson. ‘It’s also required for good eyesight and in particular the normal function of the retina and adaptation of eyesight to darkness.’

One study showed that people who regularly ate grapefruit three times a day for six weeks experienced a significant improvement in blood pressure.

‘This is a lot of grapefruit for most people to eat,’ Hobson acknowledges. ‘The effect is likely a result of the high levels of potassium found in the fruit, which helps to maintain fluid balance in the body. This mineral also helps the heart muscle to function properly.’

‘Consuming the equivalent of one grapefruit daily significantly reduced levels of cholesterol in comparison to patients that did not eat grapefruit.’

Additionally, grapefruit is high in lycopene, which has been researched for its heart health benefits. ‘It’s associated with reducing the thickness and improved dilation of artery walls, as well as having a beneficial effect on high blood pressure,’ Hobson continues.

Folic acid, meanwhile, is required for the formation of healthy red blood cells and has been shown to help reduce homocysteine levels in the blood. ‘This may have a protective effect against heart disease,’ says Hobson.

It may also help to reduce cholesterol levels. In a study of patients with heart disease by the American Chemical Society, consuming the equivalent of one grapefruit daily significantly reduced levels of cholesterol in comparison to patients that did not eat grapefruit.

Eating grapefruit could help to protect your cells from harmful bacteria and viruses, thanks to its high vitamin content – especially vitamin A, which is known to benefit immunity by protecting your body against inflammation, and vitamin C, which ‘has been shown to reduce the risk of catching a cold and also the length of infection according to research,’ says Hobson. ‘Several cells of the immune system, especially T cells and phagocytes, accumulate vitamin C and require it to perform their tasks. Vitamin C has also been shown to stimulate the production and function of white blood cells.’

The high fibre content of grapefruit slows the rate at which your stomach empties, increasing digestion time. This promotes satiety, keeping you fuller for longer. ‘This is less to do with grapefruit per se, and more to do with fruit and vegetables in general,’ says Hobson. ‘This group of foods adds fibre to the diet, which helps to balance blood sugar levels and keep you feeling full between meals. These foods are also high in water, which also helps to create a feeling of fullness while eating.’

Eating grapefruit regularly may have the potential to prevent insulin resistance, which occurs when your cells stop responding to insulin. This leads to higher insulin and blood sugar levels, which are key risk factors for type 2 diabetes. ‘One research paper found that including half a grapefruit a day into the diet helped to improve insulin resistance, although the mechanism for this was unknown,’ says Hobson. ‘Including plenty of fresh fruit and vegetables in your diet is beneficial for all areas of your health.’

Grapefruit is a weight loss-friendly food for several reasons – most notably its high fibre content, which keeps you full for longer, and high water content, which may lead you to consume fewer calories. ‘One study looked at 91 obese subjects and found that those who consumed half a fresh grapefruit before their meal lost more weight than those who did not, but it cannot be said that this was specifically down to the grapefruit alone,’ says Hobson.

Kidney stones develop due to a build-up of waste material created as a by-product of metabolism. This material is usually filtered through the kidneys and expelled as urine, but sometimes it crystallises in the kidneys – typically as calcium oxalate stones. ‘Research has suggested that citric acid found in grapefruit may help to prevent these kidney stones by binding to calcium in the kidney and helping the body to flush it out,’ says Hobson.

Avoid eating grapefruit when taking certain medications, as the fruit is known to increase the amount of medication circulating in the bloodstream and therefore enhance the side effects.

‘Substances in grapefruit can inhibit an enzyme called cytochrome P450, which is used to break down certain medications,’ says Hobson. ‘This may cause overdose or other adverse effects. Common medications most likely to interact with grapefruit include those prescribed for high blood pressure, benzodiazepines, immunosuppressants and certain statins.’

Alarmingly, just one glass of grapefruit juice is enough to treble the potency of some drugs, so check with your doctor before introducing grapefruit into your diet. 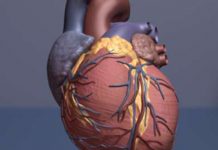