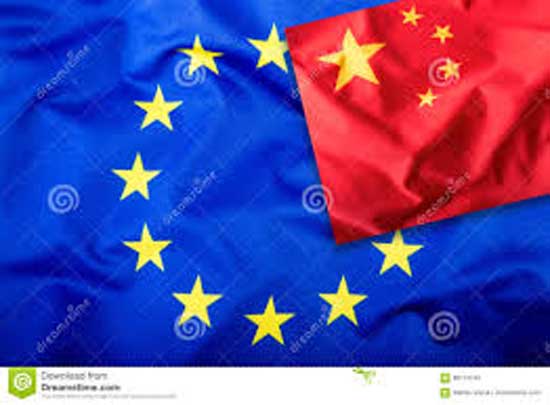 BRUSSELS (Reuters) – The European Union and China signed a deal on Monday to protect each other’s exported food and drinks items from feta cheese to Pixian bean paste ahead of challenging discussions on trade, climate change and human rights at an online summit.

The two sides will respect the names of 100 European regional food designations and 100 Chinese equivalents, meaning for example that China will only allow “champagne” to be used on sparkling wine from the French region of that name.

China was the third-largest destination for EU agricultural and food products in 2019, worth 14.5 billion euros ($17.2 billion).

The new deal is a trade coup for Europe as U.S., Australian or New Zealand producers will no longer be able to use the protected names on their exports to China, although there is a transition period for certain cheeses.

Chinese President Xi Jinping and German Chancellor Angela Merkel and the EU’s chief executive and chairman will later hold talks on more taxing topics in a summit that was to have been held in the German city of Leipzig with all EU leaders present.

European attitudes have hardened towards Beijing because of the coronavirus, which many scientists believe originated in China, and because of a new security law on Hong Kong that the West says curtails basic rights.

The two regional powers are also struggling to seal an investment agreement by the end of the year, to give European greater access to the Chinese market and to prevent the EU increasing trade defences.