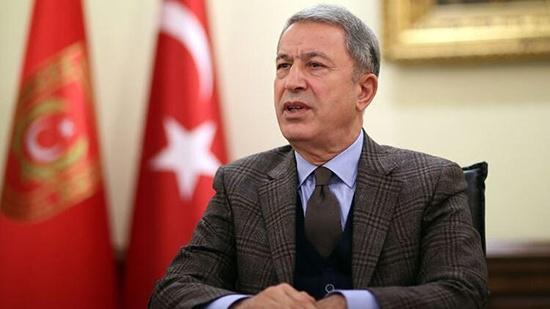 Greece should put aside “provocative behavior” that raises tension in region, Hulusi Akar said in an interview with state-run Anadolu Agency in the Mediterranean resort city of Antalya.

Underlining the importance of diplomacy in resolving disputes, Akar said Turkey is always on the side of dialogue and negotiation.

“According to our understanding, tension, provocation do not help anyone, especially Greece,” he said, adding that the country would continue to defend its rights in the region.

Criticizing Greek president’s visit to Meis for independence celebrations, the Turkish defense minister said: “As if there is no other island left for celebration, they come to these. These [acts], of course, disturb us.”

Greece has tried to claim hundreds of miles of maritime territory from the island of Meis, a 26 square kilometer (10 square mile) island just two km (1.24 mi) from the Turkish coast yet 600 km (373 mi) from Greece.

Amid the tension, Greek troops have been seen mobilizing on Meis – an island demilitarized through longstanding treaties.

Akar also criticized French President Emmanuel Macron’s attitude towards the dispute in the region, calling on Greeks not to fall for initiatives he is leading to “save himself.”

“It is clear that Mr. Macron’s policies have failed. He is trying to take some roles to cover this up,” he said.

Speaking about activities of Turkey’s Oruc Reis ship in the Mediterranean, he underlined that there will be back and forth movements as per the plan, stressing, “It is not possible to abandon Turkey’s rights there.”

Reminding technical talks at NATO, he said that Turkey is in favor of finding a political solution to the problems through dialogue and negotiations and support all kinds of initiatives within this framework.

“We are ready to host the [NATO’s] fourth meeting. Let them come. We are right, we do not hesitate to meet,” he added.

He also criticized the U.S.’ partial lifting of the arms embargo on the Greek Cypriots stressing that it will lead parties to deadlock and not to peace and solution.

“It does not suit the spirit of alliance,” he added.

Speaking about the crisis in Libya, Akar said those mistakes that had been made in Syria since 2001 are repeated in Libya.

Many countries and institutions are unfortunately keeping silent over the injustice and attacks by warlord Khalifa Haftar’s forces in Libya, the defense minister said.

“We are helping our Libyan brothers to establish a regular army that is necessary for their unity, integrity and security,” he added.

Libya’s Government of National Accord, founded in 2015 under a U.N.-led agreement in the wake of the ouster of Muammar Gaddafi in 2011, has faced a number of challenges, including attacks by warlord Khalifa Haftar.

In recent months, however, it has turned the tide against Haftar’s forces.

Turkey supports the internationally recognized government based in the capital Tripoli and a non-military resolution of the crisis. 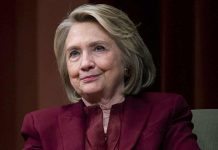