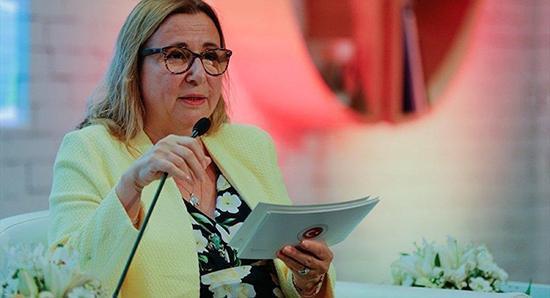 The Turkish economy has done better than several other countries during the novel coronavirus pandemic, which has adversely affected the world economy, Turkey‘s trade minister said on Sept. 15.

Turkey will be among the fastest-recovering economies in 2021, when foreign trade conditions improve, Ruhsar Pekcan stressed during an online meeting organized by the Jewellery Exporters’ Association.

Though world trade has contracted significantly, Turkey’s exports were $12.4 billion in August, she recalled.

Citing online meetings and activities during the pandemic, she said Turkey met with officials from 40 countries via video conferences.

She also said jewellery was an important sector for Turkey and would continue to contribute to Turkey’s exports.

The coronavirus pandemic, which originated in China last December, infected over 29.3 million people and killed over 929,000 people the world over, while nearly 19.9 million have recovered, according to the US-based Johns Hopkins University.

Due to the pandemic, several sectors, such as tourism and manufacturing, have been facing problems due to massive lockdowns to stem the spread of the virus.