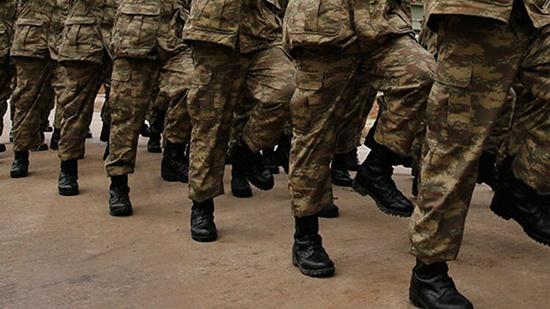 Syria is crucial to Russia for three key reasons. First, it is currently the principal Western point of the Shia crescent of power that stretches from Syria and Lebanon through Iraq and Iran and then south into Yemen that Moscow has been cultivating for years as a counterpoint to the U.S.’s own sphere of influence centred on Saudi Arabia. Second, it offers a long Mediterranean coastline from which it can send oil and gas products (its own or those of its allies, notably Iran) for export either into major oil and gas hubs in Greece and Italy or into northern, western and eastern Africa. Third, it is a vital military hub, with one major naval port (Tartus), one major air force base (Latakia) and one major listening station (just outside Latakia). Syria also has significant oil and gas resources that can be used by the Kremlin to offset part of the costs it has incurred as part of its geopolitical manoeuvring and Russia is moving forward on 40 principal projects in these sectors right now.  According to Russia’s Deputy Prime Minister, Yuri Borisov, Moscow is now working to restore at least 40 energy facilities in Syria as part of a wider development aimed at bringing back the full oil and gas potential of the country as it was before July 2011 when defectors from the Syrian army formed the Free Syrian Army and began armed conflict across the country. Prior to that point, Syria was an oil and gas producer of some significance, producing around 400,000 barrels per day (bpd) of crude oil from proved reserves of 2.5 billion barrels. Before the recovery rate had begun to drop off due to a lack of enhanced oil recovery techniques being employed at the major fields (mostly located east near the border with Iraq and east of the city of Homs) it had been producing nearly 600,000 bpd. When the largest producing fields – including those in the Deir-ez-Zour region, such as Omar – were under the control of Daesh, crude oil and condensates production fell to about 25,000 bpd, but this has now improved to an average of 35-40,000 bpd, according to the EIA.

Europe imported at least US$3 billion worth of oil per year from Syria up to the beginning of 2011, according to the European Commission, and much of the key infrastructure to handle oil from Syria remains in place. Many European refineries were configured to process the heavy, sour ‘Souedie’ crude oil that makes up much of Syria’s output, with the remainder being the sweet and lighter ‘Syrian Light’ grade. Most of this – some 150,000 bpd combined – went to Germany, Italy, and France, from one of Syria’s three Mediterranean export terminals:; Banias, Tartus, and Latakia. As an adjunct to this, a multitude of international oil companies were operating in Syria’s energy sector, including Anglo-Dutch giant Royal Dutch Shell, France’s Total, China National Petroleum Corporation (CNPC), India’s Oil and Natural Gas Corp, Canada’s Suncor Energy, Britain’s Petrofac and Gulfsands Petroleum, and Russian oil company Tatneft and engineering firm Stroytransgaz.

Syria’s gas sector was at least as vibrant as its oil sector, and less of that has been damaged in recent conflicts. With proved reserves of 8.5 trillion cubic feet (tcf) of natural gas, the full year 2010 – the last under normal operating conditions – saw Syria produce just over 316 billion cubic feet per day (bcf/d) of dry natural gas. The build out of the South Central Gas Area – built by Stroytransgaz – had started up by the end of 2009 and had boosted Syria’s natural gas production by about 40 per cent by the beginning of 2011. Syria’s combined oil and gas exports at that point generated a quarter of government revenues and made it the eastern Mediterranean’s leading oil and gas producer. After the onset of the domestic armed uprising in July 2011, and then Daesh moving west from Iraq into Syria in September 2014, gas production fell off to around 130 bcf/d but this has now recovered to around 170 bcf/d, OilPrice.com understands from Russian oil and gas sources in Moscow.

The energy plan to which Deputy Prime Minister Borisov referred in the last week is a re-working of the memorandum of understanding signed between Syria and Russia in the middle of November 2017, encompassing not just 40 energy projects but a lot more as well. For a start, focus will turn to expanding the power sector, following on from the original 2017 plan signed between Syria’s then-Electricity Minister, Mohammad Zuhair Kharboutli, and Russia’s Minister of Energy, Alexander Novak. The deal covered the full reconstruction and rehabilitation of the Aleppo thermal plant, the installation of the Deir Ezzor power plant, and the expansion of capacity of the Mharda and Tishreen plants, with a view to re-energising Syria’s power grid and restoring the main control centre for the grid back to Damascus. This accords with comments as early as the middle of December 2017 (by then-Russian Deputy Prime Minister, Dmitry Rogozin, after holding talks in Syria with President Bashar al-Assad) that: “Russia will be the only country to take part in rebuilding Syrian energy facilities.”  In tandem with this, the priority infrastructure project is the complete repair and capacity-boosting upgrading of the Homs oil refinery (Syria’s other is in Banias), which was damaged in an attack last December. The practical project work was led by Iran’s Mapna and various Russia companies, with the initial target capacity being 140,000 bpd, Phase 2’s being 240,000 bpd, and Phase 3’s being 360,000 bpd, according to a source who works closely with Iran’s Petroleum Ministry spoken to exclusively by OilPrice.com at the time. “The intention was that it could also be used to refine Iranian oil coming through Iraq if needed, before onward shipment into southern Europe,” the source added.

Russia intends Syria to act as a natural conduit for oil and gas shipments into Europe once the conflict has been subdued further. “In the post-conflict planning by the U.S., Europe, and Russia, there were three options for Syria on the table,” the Iran source told OilPrice.com. The U.S.-led option involved moving gas from Qatar through Saudi Arabia and Jordan, then through Syria whereupon it would flow into Turkey and onwards to the rest of Europe, thereby reducing Europe’s dependence on Russian gas supplies. The European-favoured option involved UN peace-keeping monitors on the ground in Syria, bringing in hydrocarbons industry experts from the UN Security Council member states, and letting both pipelines (Qatar-Syria-Turkey, and Iran-Iraq-Syria- Turkey) develop organically over time. This would allow the European Union to re-calibrate its energy sources gradually, in line with its strategy of reducing its dependence on Russia directly.

The Russian option – the only one left on the table – involves fully resuscitating the notion of the Iran-Iraq-Syria pipeline, moving Iranian, and later Iraqi, gas from South Pars to Syria and then into Europe. “Such an option would also likely encourage closer co-operation in the Gas Exporting Countries Forum [GECF] but this option is opposed by the U.S./Saudi bloc and Europe, as the GECF comprises 11 of the world’s leading natural gas producers [Algeria, Bolivia, Egypt, Equatorial Guinea, Iran, Libya, Nigeria, Qatar, Russia, Trinidad & Tobago, and Venezuela],” said the Iran source. “Aside from the fact that the core members of the organisation are Russia, Iran, and Qatar, and that it also has some of the U.S.’s other rogue states on the list – notably Libya and Venezuela – GECF members together control over 70 per cent of the world’s natural gas reserves, 38 per cent of the pipeline trade, and 85 per cent of the LNG [liquefied natural gas] production., which truly makes a Gas OPEC plus plus, which would pose a real threat to the U.S. and to Europe,” he concluded.