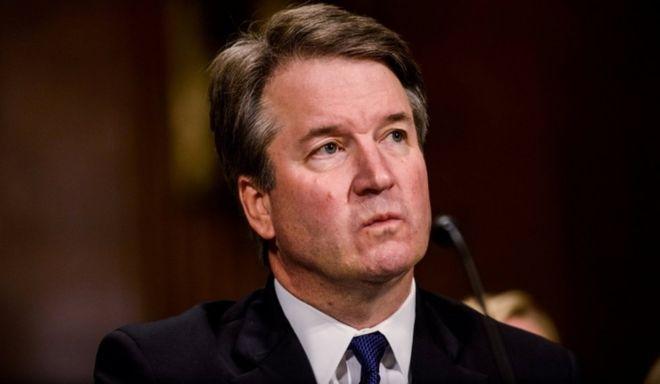 Tensions in the Senate are high as the Republican-controlled chamber seeks to vote on the nominee before the election, and cement a 6-3 conservative majority. Trump is expected to name either Amy Coney Barrett or Barbara Lagoa, both conservative appeals court judges, on Saturday.

Graham is a Trump ally who says he’s still “pissed” about Democrats’ 2018 treatment of Kavanaugh over decades-old allegations that he sexually assaulted a high school companion when they were both teenagers. Kavanaugh denied the allegations and was narrowly confirmed.

“What you want to do is destroy this guy’s life, hold this seat open and hope you win in 2020,” Graham thundered at Democrats during a 2018 hearing on Kavanaugh.

Graham said the treatment of Kavanaugh and others made him resolve to press ahead, despite having insisted in 2018 that he would not do such a thing if an opening came up in the last year of Trump’s term. Republicans in 2016 refused to vote on a nominee from Democratic President Barack Obama, saying it was improper to do so in an election year.

“When it comes to Republican nominees for the Court – they get slaughtered,” Graham told Fox News Radio on Tuesday. “I’m tired of this crap.”

But Graham is also facing a stiff re-election battle in his home state of South Carolina in November, and his Democratic opponent Jaime Harrison has been quick to accuse him of hypocrisy for his changing stance on handling court nominees.

Another prominent committee member is Harris, whose tough questioning of Kavanaugh about reproductive rights went viral on social media in 2018.

“Can you think of any laws that give government the power to make decisions about the male body?” Harris asked Kavanaugh. He said he could not.

Trump last month said Harris was “nasty” and “horrible” in her treatment of Kavanaugh. The senator did not comment to reporters in the Capitol Wednesday when asked if she intends to attend the hearing and question Trump’s nominee.

SHOULD DEMOCRATS STAY AWAY?

Given Republicans’ 53-47 majority in the chamber, Democrats have no way of blocking a quick confirmation of a Trump nominee, even though two Republican senators have voiced objections.

“Those hearings are critically important to understand nominees and how nominees think,” Senator Richard Durbin, the chamber’s No. 2 Democrat and a member of the judiciary committee, told reporters in the Capitol this week.

Along with Harris, two other former Democratic presidential contenders on the judiciary committee are Amy Klobuchar of Minnesota and Cory Booker of New Jersey.

Klobuchar, another former prosecutor like Harris, notably tangled with Kavanaugh when she questioned him about his drinking habits.

While Trump is expected to pick a woman, there are three male senators on the panel who are on Trump’s wider list of possible Supreme Court picks: Republicans Ted Cruz of Texas, Mike Lee of Utah and Josh Hawley of Missouri.

Graham is far from the only Republican member of the committee who has to worry about an election back home this fall while negotiating the tricky terrain of the confirmation hearings.

Senators Tom Tillis of North Carolina and Joni Ernst of Iowa, both in close races for re-election, are considered among the Senate’s most vulnerable Republicans. Senator John Cornyn also has a serious Democratic challenger in Texas.