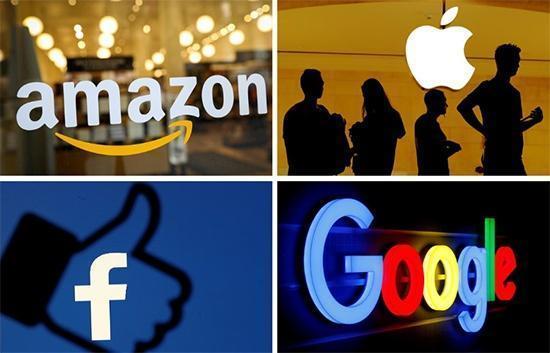 LONDON (Reuters) – Passive investors, the backbone of the Nasdaq’s rally this year, seem to have lost their nerve, pulling massive amounts of cash in recent days from index-tracking technology funds in what many see as an ominous sign for the sector.

With the tech-heavy Nasdaq 100 down more than 13% after a record 84% rally off March lows — in correction territory — many investors are speculating that a reversal could pick up speed as a COVID-19 vaccine gets closer.

Goldman Sachs, for example, predicts at least one vaccine will be approved by the end of this year. That should help broader markets but weaken the case for shares in companies that benefit when people are forced to stay home, whether cloud computing or e-commerce.

But exchange-traded funds, which accounted for most of this year’s tech sector inflows, may be the ones to watch. In the week ending Sept. 23, tech-focused ETFs suffered $1.23 billion worth of outflows, the largest since December 2018, when global stock markets tanked, according to Lipper data.

September is also the first month of outflows for the tech sector since the COVID-fuelled market selloff in March.

The figures are significant because ETFs such as the Invesco QQQ ETF tracking the Nasdaq have taken some $20 billion between January and July, according to Reuters calculations based on data from Refinitiv and Wisdom Tree.

The other reason to watch ETFs is that flows data is available faster compared with mutual funds.

“We think the latest pullback in U.S. equities, from frothy levels, is a chance for investors to diversify their allocation to those parts of the equity market so far left behind, which could benefit Europe,” said Maneesh Deshpande, a U.S. equity strategist at Barclays.

For instance, the QQQ fund posted record $3.5 billion outflows on Monday amid a Nasdaq slump, then got $4 billion the following day as sentiment recovered, notes Peter Garnry, head of equity strategy at Saxo Bank.

He said the QQQ volatility pointed to “widespread speculation in U.S. technology stocks and that this is increasingly becoming the leading index for sentiment.”

Data from other ETF service providers also show outflows. On a three-month rolling basis, the most active ETFs tracking the U.S. technology and growth sectors saw $1.7 billion of outflows, the first negative reading this year, according to Wisdom Tree.

Money poured in to chase the out-performance of technology shares. Total net assets for a group of technology focused ETFS nearly doubled to $113 billion at the end of August from $64 billion a year ago, according to Morningstar data.

U.S. tech mega caps are down more than 13% from a September peak and account for nearly half of the S&P 500 decline over that period.

“Big tech is here to stay.”