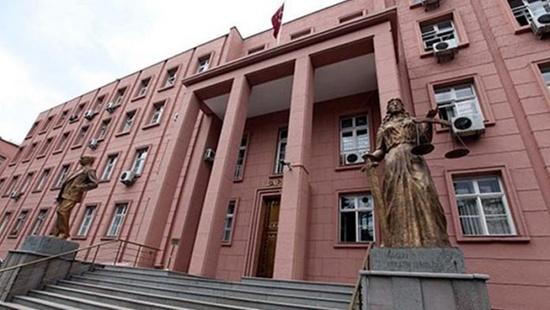 WASHINGTON (Reuters) – Democrats are urging U.S. Supreme Court nominee Amy Coney Barrett to recuse herself from any election-related cases because of President Donald Trump’s comments that he expects the justices to potentially decide the outcome, but there is no way to force her to do so.

Although U.S. law requires justices to step aside when there is a conflict of interest or genuine question of bias, it leaves the individual justice to decide whether such a conflict exists. Aside from direct financial and personal conflicts, they rarely do so.

Trump on Saturday nominated Barrett to the vacancy created by the death of liberal Justice Ruth Bader Ginsburg on Sept. 18. If confirmed by the Republican-controlled U.S. Senate, Barrett would give the court a 6-3 conservative majority.

On Wednesday Trump said he wanted the full complement of nine justices on the court as soon as possible in part because he believes the court will determine the outcome of the Nov. 3 presidential election.

“I think this will end up in the Supreme Court, and I think it’s very important that we have nine justices,” he told reporters at a White House event.

The Supreme Court has determined the outcome of a U.S. presidential election only once, in 2000, leading President George W. Bush to the White House.

Trump indicated that the Supreme Court would rule in his favor with nine justices on board. He alleged they would respond to an unspecified “scam that the Democrats are pulling” in relation to increased use of mail-in ballots as a result of the coronavirus pandemic.

Trump has repeatedly and without evidence attacked mail-in balloting, a longstanding feature of U.S. elections.

Senate Democrats say they will probe Barrett on the subject during her confirmation hearing before the Senate Judiciary Committee in the hope she will pledge to step aside in election-related cases.

Democratic Senator Cory Booker, who serves on the committee, said on Sunday he would ask Barrett about recusal when he meets her.

“If she does not recuse herself, I fear that the court will be further de-legitimized,” he said on NBC’s “Meet the Press.”

There are no indications Republican senators share those concerns, with Republican Senator Mike Lee, speaking on ABC’s “This Week,” saying that recusal decisions would be up to Barrett.

During previous Senate hearings, Supreme Court nominees have routinely declined to commit on how they would approach cases that could come before them.

Federal law requires a justice to step aside from cases “in which his impartiality might reasonably be questioned.” In a 2011 report, conservative Chief Justice John Roberts said he had “complete confidence in the capability of my colleagues to determine when recusal is warranted.”

Legal experts told Reuters that under the way the law has been interpreted up until now, the new justice need not recuse herself from any election issue.

But New York University School of Law legal ethics expert Stephen Gillers noted that should a decisive election issue come before the justice, Democratic candidate Joe Biden could be justified in filing a motion asking her to recuse.

“I believe that would be a persuasive argument in this unique circumstance,” he said.

He noted that in 2000, when the Supreme Court decided the election in favor of Republican Bush, none of the justices were appointed by either candidate, although Democratic candidate Al Gore was vice president to President Bill Clinton, who appointed both Ginsburg and Justice Stephen Breyer.

This time, there would be three justices on the bench appointed by Trump himself.

Both liberal and conservative justices have been pressed by critics in the past to recuse themselves in cases with perceived conflicts. Litigants can file motions seeking recusal but rarely do.

In 2004, the Sierra Club environmental group asked conservative Justice Antonin Scalia to step aside in a case concerning then-Vice President Dick Cheney, a friend of the justice. Scalia refused, saying his impartiality could not reasonably be questioned.

During the 2016 presidential race, liberal Ginsburg criticized then-candidate Trump as a “faker,” prompting cries by conservative critics of bias. Ginsburg later expressed regret for her remarks but did not step aside from any case involving Trump.

Despite calls from some conservatives for her to recuse herself, liberal Justice Elena Kagan participated in a 2012 ruling upholding President Barack Obama’s Affordable Care Act, the healthcare law dubbed Obamacare. Kagan had served as Obama’s top Supreme Court advocate when the law was enacted in 2010 but said she played no role in its conception.

Kagan, appointed to the court by Obama in 2010, recused herself from other cases on which she had worked in Obama’s administration.

Justices routinely step aside when they have financial conflicts, such as owning stock in companies with cases before the court.

New platform to promote Turkish dramas to the world