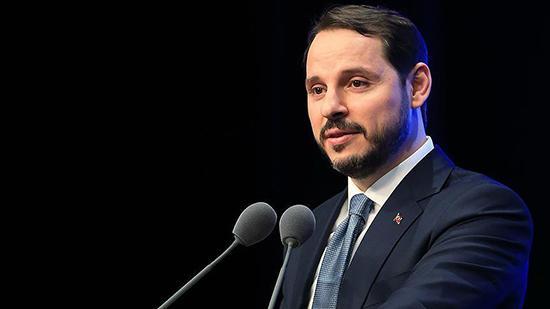 Turkey‘s economy is set to grow 0.3 percent this year as it recovers from the impact of the coronavirus pandemic, its finance minister said on Sept. 29, pledging more normalization steps to boost the economy as he set out the country’s medium-term plan.

Turkey’s economy contracted 9.9 percent in the second quarter as a lockdown brought activity to a near standstill, its worst year-over-year performance in a decade, but has since begun to recover.

Presenting Turkey’s new medium-term programme, Berat Albayrak said GDP growth would slow in the fourth quarter compared to the third quarter, but would accelerate to 5.8 percent in 2021.

However, he warned the economy may shrink 1.5 percent this year in a worst case scenario and grow 3.7 percent next year.

Economic data “points to a strong V-type recovery in the economy from the third quarter and a clear turn to positive
growth figures”, Albayrak said, adding Turkey was diverging positively from economies of many developed and developing countries.

But areas such as tourism, transport and the services sector generally had not yet recovered to the desired level.

“It is of vital importance to revitalise the services sector which employs around 15 million of our people,” he said.

Referring to recent steps taken on interest rates, liquidity, swaps and asset ratios, Albayrak said: “Normalisation
steps will continue in the coming days and weeks. They will contribute to financial stability and our macroeconomic goals.”

Support packages to combat the coronavirus so far had amounted to 494 billion lira ($63 billion), or 10 percent of gross domestic product, he said.

Gold imports and losses in tourism income due to the coronavirus lockdown prevented a current account surplus in
2020, but Turkey aimed to improve its current account balance and provide sustainable growth, he said.

The programme forecast a current account deficit of $24.4 billion, or 3.5 percent of GDP this year. The budget deficit was seen at 239.2 billion lira or 4.9 percent of GDP.