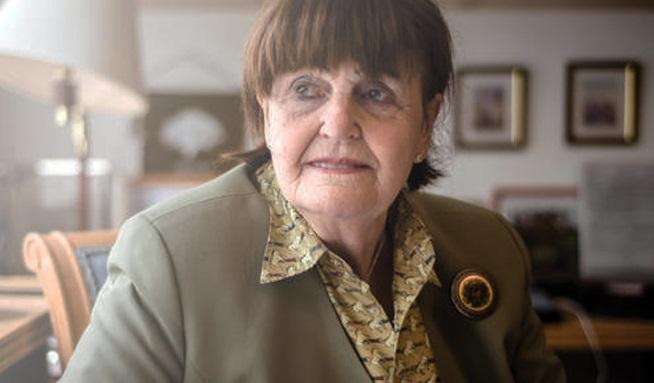 To whom it may concern,

It is with profound concern that we are following the deeply disturbing escalation of the conflict by Azerbaijan against Armenia and Nagorno Karabakh (Artsakh).

It is impossible to overstate the significance of these events and the extreme danger presented to the whole region if they escalate further.   We are in hourly contact with friends and partners on the ground in Armenia and in Nagorno Karabakh, as well as with the Armenian Embassy in London.  In Stepanakert, residents have been sheltering in bomb shelters from shells that have targeted civilian areas.  There is a palpable, and given past and recent history, a justifiable fear of a potential genocide if Azerbaijan were to succeed in reclaiming the Nagorno Karabakh territory.

I attach a Statement on the latest situation for consideration and information.  As you know, yesterday the Azerbaijan President vowed to fight on, whilst today Russia has offered to host peace talks.  The direct involvement of Turkey against Armenia raises huge geopolitical issues and enormous fears for the Armenian people.

I hope that all who care about this dire and dangerous situation will encourage the British Government to act with the utmost urgency to pressure Azerbaijan to cease hostilities and return to the negotiating table before the situation becomes irreversible.

Personal Update and commentary on the Azeri-Armenian war

Source includes The Armenian Embassy in the United Kingdom.

The Turkish air force appeared in Azerbaijan during the large-scale Turkish-Azerbaijani military drills held from July 29 to August 13 and, since then, has not been withdrawn from Azerbaijan.

The International community called on the external actors to refrain from escalating the conflict, and Turkey should heed these calls.

On September 29, Security Council members “expressed concern over reports of large-scale military actions along the Line of Contact in the Nagorno-Karabakh conflict zone. They strongly condemn the use of force and regret the loss of life and the toll on the civilian population. Security Council members voiced support for the call by the Secretary General on the sides to immediately stop fighting, de-escalate tensions and return to meaningful negotiations without delay. Security Council members expressed their full support for the central role of the OSCE Minsk Group Co-Chairs and urged the sides to work closely with them for an urgent resumption of dialogue without preconditions”.

Armenia strongly condemns Turkey’s provocative actions and demands immediate withdrawal of the Turkish armed forces, including the air force from the conflict zone.

Armenia reiterates that there is no military solution to NK conflict. The 1994-1995 trilateral agreements on the establishment and consolidation of ceasefire regime have no time limitation and should be strictly implemented. Armenia strongly condemns the Azerbaijani aggression against Artsakh and Armenia and calls on the international community to send a clear message to Azerbaijan condemning its aggression.

‘COVID 19 is now history for the Armenian people, something of the past. For them it is not the fear of catching the coronavirus or dying from it.  It is the fear of being wounded or dying from shelling. For the last 8 months the world has been battling the coronavirus pandemic. With people in isolation, jobless, children, students deprived of education. Doctor, nurses, medical staff working 24/7. All this has caused stress, depression, fear and world wide economical collapse. No human, person, country, government, leaders would think to start a full scale war on another country under these conditions, only cowards like Azerbaijan and Turkey.

They have planned and executing a full scale attack on Artsakh not taking into consideration the above is the crime of the century. And if that was not enough they are targeting, civilians, women and children, elderly the helpless. Armenians of Artsakh have once again returned to their basements for shelter from missiles coming from Azerbaijan.

Today is the fourth day of war, cities, towns villages have stopped their normal day to day life and gone to war conditions. On the hearing of the siren they flee to find protection where ever possible. Children crying, upset, frightened, elderly struggling to hold back tears. Tears which bring back the memories of the first war in 1991, the April war in 2016 and now September 2020. ”

In 1994 after a cease-fire was declared we prayed to God that our children would never see what we saw, or have to go through what we did, our prayers were not heard and our children and grandchildren experienced the tragedies of war in 2016. And now 2020 history repeats itself again, but this time it is not only our grandchildren but our great grandchildren who are victims of the in human, violent actions of Azeri aggressors, shame on you.

Many hospitals are being used to bed the wounded, the numbers many, their wounds may differ but their missions are the same – to fight for their land, defend their families, women and children from being hurt or killed from enemy shelling.  Armenians are good people, if you ask anyone who has known an Armenian will tell you so. Our hearts are large but our demands are few, live peacefully on our land, soil and bring up our children as Armenians. We have that right is that not so?  I ask you is this not what every person in this world wants?  How are we different from others?  I am sure every person would do as our soldiers are doing.

We are 3 million against 10 million but our fearless soldiers stand strong, full of pride, filled with courage ready to fight for what is ours and will remain ours.  God bless our men, husband, fathers, sons, boys, we pray for their safe return with victory.  World leaders, powers wake up, see what is happening. Now, make a stand, speak up. Azerbaijan and Turkey have to be punished for what they are doing.’