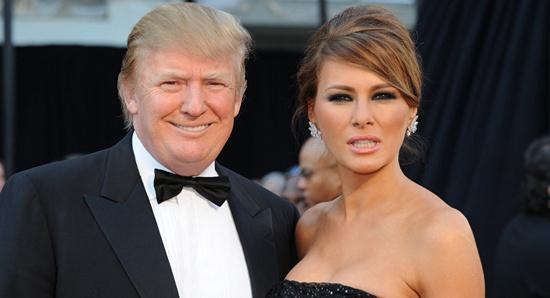 LONDON (Reuters) – Investors, already skittish ahead of U.S elections in November, now have another thing to worry about: the president’s health.

Donald Trump’s COVID-19 diagnosis triggered a sell-off in stocks and oil and a surge in demand for traditional safe haven assets such as gold and bonds on Friday.

“The President of the United States has got a disease which kills people. People are de-risking because of that,” Chris Weston, head of research at Pepperstone in Melbourne, said.

But where investors go from here depends, to a large degree, on how the U.S. president copes with a disease which has killed more than a million people around the world.

“This is a new uncertainty in a world which is mixed-up already, which is not the best,” said Chris Bailey, a European strategist at Raymond James.

If his symptoms are mild and he recovers quickly, markets could stabilise and Trump could use the experience to project his image as fighter in the campaign against Democratic challenger Joe Biden.

But if the 74-year-old gets very sick and has to be hospitalised, as British Prime Minister Boris Johnson was earlier in the year, or the virus spreads to other members of his administration, investors will be alarmed.

“What is getting me worried more than anything else is the question mark over the legitimacy of the election process,” David Arnaud, a fixed income fund manager at Canada Life Asset Management, said of Trump’s diagnosis.

The news prompted investors to prepare for a period of heightened volatility, with most agreed that markets will remain on edge for the foreseeable future.

Volatility gauges rose, with the widely-watched VIX .VIX up to nearly 29 points, from around 27 points on Thursday.

Although the moves were nowhere as large as seen during the depths of the market mayhem in March, Trump’s news comes at a critical time with only a month left to the U.S. election.

And in a sign of further uncertainty after the Nov. 3 U.S. election, the premium of the November futures contract on the VIX </VXXO> widened over its December counterparts </VXZO>

Arnaud said that he was positioned for uncertainty in the coming weeks by increasing exposure to safe-haven assets such as the U.S. dollar, Japanese yen and U.S. Treasuries.

U.S. stock futures Esc1 fell nearly 2% in London before trimming some losses, while government bond yields slid as investors assessed the impact of the president’s illness and quarantine for financial markets.

While MUFG strategists said Trump’s diagnosis could strengthen his argument of opening up the U.S. economy if he recovers quickly some like Saxo Bank say Biden’s chances of a win had jumped, a negative for risky assets.

Betfair suspended betting on the outcome of the U.S. election on Friday, its website showed. Betfair had Biden’s probability of winning at 60% on Wednesday after the first debate.

Investors, who have driven a long rise in global equity markets, were already nervous given the lack of progress on more U.S. fiscal stimulus and a brief selloff in high-flying U.S technology shares last month.

“Whether it’s Trump or Biden, the biggest problem is uncertainty. As long as we’re uncertain about who will win the election, it is difficult for markets to truly settle,” Ayako Sera, market strategist at Sumitomo Mitsui Trust Bank in Tokyo, said.