Sometimes called ‘seasonal depression’, it affects one in three Brits throughout the colder months.

Seasonal affective disorder (SAD) is a type of depression that becomes more severe as winter approaches and daylight hours become shorter. Sometimes called ‘seasonal depression’, it affects one in three people in the UK throughout the colder months, and is characterised by a low mood that lasts for a long time and affects your everyday life. In the UK, up to 6% of adults have ‘recurrent major depressive episodes with seasonal pattern’ , and the mean age at presentation of SAD is 27 years with men and women being equally affected.

It’s common for our moods and lifestyle to be affected by the changing seasons. Our energy levels, eating habits, and sleeping patterns may change naturally when the weather is particularly cold or warm. But if you experience persistent low feelings that tend to set in around the same time each year, it could be a sign of seasonal affective disorder.

We spoke with pharmacist Navid Sole, of Peter’s Pharmacy, and Dr Chun Tang, general Practitioner at Pall Mall Medical, to find out more about the causes, symptoms and treatment options available for seasonal affective disorder:

What is seasonal affective disorder?

Seasonal affective disorder is a form of depression related to the changing of the seasons, says Dr Tang, ‘most commonly when the summer turns into winter.’ Because it relates to a change in weather, seasonal affective disorder is often a recurring issue, and can affect an individual every 12 months. ‘Patients often begin experiencing symptoms of depression during autumn and often do not feel an improvement in mood until the spring,’ he says.

While little is known about the mechanisms behind seasonal affective disorder, it appears to be linked to reduced exposure to sunlight and shorter days, says Sole. ‘The main theory that doctors have developed is that the reduced sunlight and levels of vitamin D might decrease [activity] in the part of the brain called the hypothalamus,’ he explains. The hypothalamus is responsible for releasing hormones, regulating emotional responses, and maintaining your internal body clock, known as circadian rhythm.

‘Without sufficient sunlight, serotonin and melatonin levels can be negatively affected.’

Research has shown that light exposure can impact the hormones and chemicals found within the brain, says Dr Tang. ‘Without sufficient sunlight, serotonin and melatonin – the chemicals that produce feelings of joy and happiness – can be negatively affected,’ he says. ‘This is why during the months of colder, duller and shorter days patients who suffer with seasonal affective disorder often report feelings of depression.’

Seasonal affective disorder is associated with a number of symptoms. They can be severe and have a significant impact on your day-to-day life. They include:

When to see your GP

‘An individual should visit their GP when their low mood is prolonged and begins affecting their daily life,’ says Dr Tang. They will be able to help if your mindset is affecting your sleep hygiene, eating habits or energy levels, or if you’re experiencing feelings of worthlessness, despair or suicidal thoughts, he says.

‘Light therapy lamps simulate sunlight exposure, which in turn can help you to feel better and more positive.’

‘Lifestyle changes include getting as much sunlight as possible and exercising regularly to manage stress levels,’ he says. ‘Light therapy involves purchasing a special lamp that simulates sunlight exposure, which in turn can help you to feel better and more positive.’

There are a number of simple and effective lifestyle changes and home remedies you can use to treat seasonal affective disorder. Prioritising healthy food choices and getting enough sleep are just two ways to ease symptoms and manage the condition. Other suggestions include:

Light boxes mimic sunshine and can give you a much-needed vitamin D boost. ‘If you spend 30 minutes a day in front of a light box, it will stimulate your circadian rhythm and suppress the release of melatonin,’ says Sole. You could also try filling your home with bright lamps to create an airy and open atmosphere, says Dr Tang.

Essential oils can influence the area of the brain responsible for controlling mood, says Sole. Wild ginger has been shown to activate the serotonergic system in mice, slowing the release of stress hormones. Lavender and bergamot are also renowned for their calming effects.

Exercise is a great mood booster and a natural ‘feel good’ medicine, says Sole. Even taking a short 15 or 30-minute walk at lunchtime could make a difference. ‘Exercising releases feel-good hormones into the brain, such as serotonin and dopamine, which can naturally improve mood and energy levels,’ he says.

Try to spend as much time outside during the day as possible, says Sole. ‘If you work long hours and are sat in an office all day, it’s not always possible to spend time outside, so try opening the blinds or curtains to let some light in, or go for a quick walk to the shops during lunch to get your daily dose of sunlight,’ he suggests. 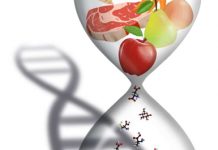 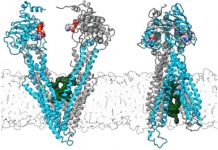