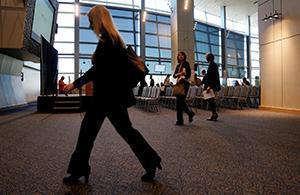 LONDON (Reuters) – Britain will prioritise trying to save jobs over tax rises while the COVID-19 pandemic batters the economy, though record borrowing and a $2.6 trillion debt pile cannot be sustained for ever, finance minister Rishi Sunak said on Tuesday.

Prime Minister Boris Johnson is grappling with one of the worst economic hits to Britain in three centuries and Sunak has repeatedly warned that relying on such vast borrowing from the bond markets could trigger a financing crunch in the long term.

But with companies from airlines to pubs shedding hundreds of thousands of jobs and government spending soaring, Sunak is looking at ways to boost state revenue.

“The priority right now is on jobs,” Sunak told Sky News when asked about possible tax rises. “My overwhelming focus at the moment is trying to protect and support as many jobs as possible.”

Asked about tax rises in a flurry of interviews, Sunak repeatedly stressed that jobs were the short-term focus but made it clear that he would have to tackle Britain’s debt mountain in the medium term.

“Obviously this can’t carry on forever. This level of borrowing, which will be record levels, pretty much, this year, is not sustainable in the long run,” he told BBC TV.

“Once we get through this I think people should rightly expect us to make sure we have a strong set of public finances.”

Sunak’s emergency spending measures, including subsidies to slow a jump in unemployment, will cost about 200 billion pounds this year and have already pushed public debt over 2 trillion pounds ($2.60 trillion), or 100% of gross domestic product.

Sunak on Monday warned of the damage higher interest rates could do given the huge size of Britain’s debt.

The government’s flagship wage support programme is due to expire at the end of this month and will be replaced by a less generous subsidy scheme.

Britain’s Office for Budget Responsibility forecast in July that unemployment would peak at 11.9% in the final quarter of 2020 under its central economic scenario, equivalent to just over 4 million people, before averaging 3.5 million in 2021.

In a more negative scenario, unemployment would average 4 million through 2021.

While Sunak has refused to rule out tax increases, experts say he is unlikely to focus on shrinking the budget deficit quickly, given the parlous state of the economy.

The Institute for Fiscal Studies has said the time to pay for the jump in spending triggered by the pandemic is unlikely to come in 2021.

Sunak also said on Tuesday the government would stick to its so-called “triple lock” for setting increases in state pensions which could jump next year because of calculation distortions caused by the coronavirus crisis.

Asked by LBC radio whether the triple lock was safe, Sunak said: “Yes, our manifesto commitments are there and that is very much the legislative position. We care very much about pensioners and making sure they have security and that’s indeed our policy.” 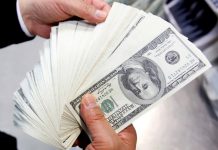