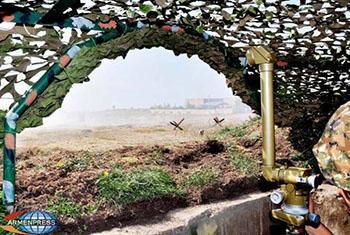 The mainly Armenian-populated Nagorno-Karabakh region declared its independence from then-Soviet Azerbaijan in the 1990s, which led to a major conflict between Yerevan and Baku, that lasted until 1994. A new round of clashes broke out slightly over a week ago when the sides accused each other of violating the ceasefire along the line of contact.

The clashes between Armenian and Azerbaijani forces in Nagorno-Karabakh continue for a ninth consecutive day, with both sides claiming they’ve inflicted harsh damage on the adversary and publishing numerous videos of destroyed enemy military vehicles and drones.