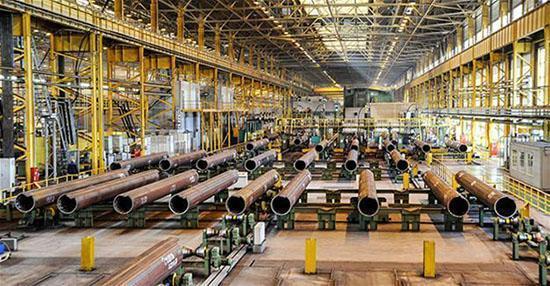 The ongoing coronavirus pandemic has resulted in the biggest economic downturn in the oil and gas sector “in living memory”, said a report by the Organisation of the Petroleum Exporting Countries (OPEC) published on 8 October, which came after OPEC slashed growth forecasts for all global economies from 2019 to 2025.

The ongoing battle with the coronavirus pandemic is set to deal a long-lasting blow to the oil market, with plummeting demand taking years to recover, the International Energy Agency (IEA) said on Tuesday.

“The COVID-19 pandemic has caused more disruption to the energy sector than any other event in recent history, leaving impacts that will be felt for years to come,” said the IEA in its long-term outlook.

As the Paris-based body acknowledged that “hopes for a rapid halt to the global spread of the coronavirus and its economic fallout have dissipated”, it predicted that global oil consumption may return to pre-crisis levels by 2023.

The forecast is rooted in the optimistic assumption that the coronavirus pandemic will have been reined in by next year.

However, even according to that scenario, the enduring impact of the health crisis will result in global oil demand reaching a plateau in around 2030, with the next ten years being pivotal, while topping out at lower levels than forecast in 2019.

“The era of global oil demand growth will come to an end in the next decade,” IEA Executive Director Fatih Birol said in the agency’s annual World Energy Outlook.

The IEA World Energy Outlook has just been released. Highlights: https://t.co/j0C33zMmkp
A nugget: 2020 energy supply down from all sources, except renewables. pic.twitter.com/xO0OCPmYv9

A predominant part of the forecast increase in demand will be concentrated in developing nations such as India, and driven by the needs of petrochemicals, such as plastics, rather than fuel for road transportation.

Demand in oil will also be tempered by the drive to switch to more efficient or electric vehicles, says the IEA.

The IEA World Energy Outlook has just been released. Highlights:https://t.co/j0C33zMmkp
Here’s a nugget. Scenarios for electricity supply to 2040: coal down, gas up or down, renewables and other low-carbon supply up by a LOT. @IEA @IEABirol pic.twitter.com/rLkPS2bwN6

​Oil giants like BP Plc and Royal Dutch Shell Plc have already acknowledged that their assets and business models will have to undergo dramatic reassessments in view of the impact of the coronavirus pandemic and changes urged due to climate concerns.

Should recovery from the pandemic be slower than hoped for, with 2030 witnessing a global economy that has shrunk by 10 percent, “oil demand may only have a couple of years left to grow”, warned the IEA.

The bleak scenario would then see oil consumption recover to pre-virus levels only by “the latter part of the 2020s”. It would subsequently plateau at just under 100 million barrels a day, says the agency.

According to the IEA, the transport sector would be hardest-hit by the initial shock from the coronavirus pandemic, with long-haul travel and particularly aviation predicted to face longer-term anguish.

“Lasting damage” was similarly suggested as impacting power generation and industrial energy use.

As for investments to meet even subdued prospects for consumption, the global oil industry will require about $390 billion annually after 2030 to find new supplies to offset declining output at aging oilfields, concluded the IEA.

Current price levels of just above $40 a barrel are predicted to recover to $75 as the decade ends, on heightened demand.
The US is projected to remain the largest oil producer until 2040, with its shale industry rebounding to pre-crisis levels in 2022. Nevertheless, “there is a high degree of uncertainty” over its future performance.

The forecast comes as last week the Organisation of the Petroleum Exporting Countries (OPEC) said in a report published 8 October that the COVID-19 crisis had led to “the most severe economic downturn since the Great Depression in the 1930s”.

Global primary energy demand is forecast to continue growing in the long-term, increasing by a significant 25% in the period to 2045. pic.twitter.com/Kz44VCOD4j

​As OPEC reduced growth forecasts for all global economies from 2019 to 2025, decreasing to 0.7 percent from 2.1 percent, the cartel nevertheless predicted that oil demand would continue to grow for another two decades.

The group also projected oil consumption recovering to pre-pandemic levels in 2022, a year earlier than the IEA.