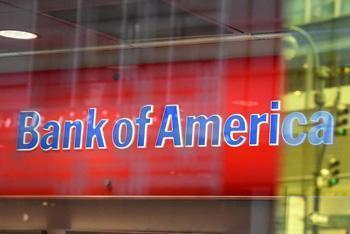 (Reuters) – Bank of America Corp reported a 15.8% drop in quarterly profit on Wednesday, hit by higher provisions for credit losses and a slump in performance in three of its four chief segments.

The second largest U.S. bank by assets set aside $1.4 billion as reserves to cover loan losses, compared with nearly $800 million a year earlier, as the COVID-19 pandemic hammers the economy.

Net interest income, a key measure of how much banks can make from their lending activities, fell 17% to $10.1 billion in the third quarter.

The Charlotte, North Carolina-based lender is especially vulnerable to rate movements because of the composition of its balance sheet.

Analysts had expected a profit of 49 cents per share, according to IBES data from Refinitiv. It was not immediately clear if the estimates were comparable.

Shares of the bank were down 1.8% in premarket trading.

Reporting by Niket Nishant in Bengaluru and Imani Moise in New York; Editing by Sriraj Kalluvila