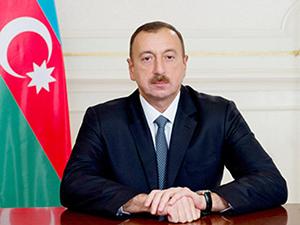 (Updated with remarks from security analyst)

Azeri President Ilham Aliyev on Wednesday accused Armenia of trying to attack its gas and oil pipelines, saying the country would be faced with a “severe” response amid the ongoing conflict over the breakaway region of Nagorno-Karabakh.

Azerbaijan first claimed on Oct. 6 that a pipeline was targeted in fighting between Armenian and Azerbaijani forces in and around Nagorno-Karabakh, an accusation immediately rejected by Armenia.

“Armenia is trying to attack and take control of our pipelines,”Aliyev told Turkish broadcaster Habertürk. “If Armenia tries to take control of the pipelines there, I can say that the outcome will be severe for them.”

The latest flare-up in the decades-long conflict over the breakaway region is in its third week with growing fears that Turkey and Moscow could be sucked into a conflict being fought close to Azeri pipelines that carry gas and oil to international markets.

“Today, there is a full dictatorship governing Armenia,’’ the Azeri president said.

Cooperation between Azerbaijan and Turkey will be more important than ever after the conflict ends, Aliyev said, noting that Turkish President Recep Tayyip Erdoğan had maintained his promise of support Baku from the first hours of the conflict.

Last week’s Russia-brokered ceasefire is buckling despite mounting calls from world powers to halt the fighting.

It is the arrival of winter that could be a game changer in the conflict, according to Neil Hauer, a security analyst based in Georgia.

Offensive operations will be bogged down and movement of troops and vehicles will be become difficult in a few weeks, when snow will fall, Hauer said.

“Logistics and supply lines will experience additional strain. Severe storms will impact the operation of drones, periodically removing the greatest advantage on the Azerbaijani side,” he wrote in the Asia Times.

The Azerbaijan Armed Forces are in a race against time, the analyst said, with only a few weeks to advance as much as possible before weather conditions make it almost impossible.