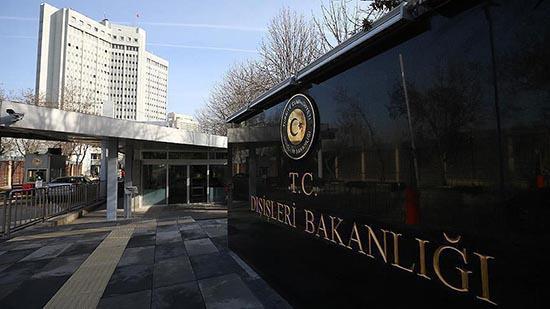 Turkey has denied reports claiming that a government plane carrying Greek Foreign Minister Nikos Dendias to Greece from Iraq was not given clearance, informing that the airplane has safely conducted its journey after a flight plan was submitted to Eurocontrol.

“The aircraft in question took off from Iraq without submitting a flight plan. Flight plans are transmitted through the Eurocontrol system. It was also confirmed from this system that the plan was not submitted. When the aforementioned aircraft arrived at our airspace, the plan was urgently requested from the Iraqi authorities, and after the plan was received, the flight was carried out safely,” said Hami Aksoy, the spokesperson of Turkey’s Foreign Ministry, in a written statement on Oct. 15.

The Greek media have reported claims that the aircraft had to wait around 20 minutes to enter Turkish airspace. These claims are deliberate and do not reflect the truth, said Aksoy.

He also informed that necessary permissions were given to Dendias’ plane before the trip began and these permissions were renewed when Athens had to send another aircraft to Iraq after the first plane got out of order.

Dendias had to cancel his trip to Arbil due to this technical problem but his plane took off from Baghdad without submitting its plan to Brussels-based Eurocontrol.

“Naturally, no plane can fly without a plan. In this incident, it is an obligation for the safety of the Greek foreign minister. Information about it has been given to our Greek counterparts,” he stated.

The Greek media said the Greek Embassy in Ankara was instructed to lodge a complaint about the incident to the Foreign Ministry.

Turkey and Greece are in a long-standing row over the eastern Mediterranean and accuse each other of escalating the tension in the region.