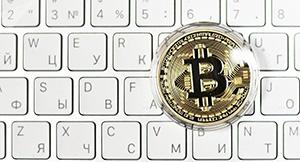 Turkey may reduce the corporate tax rate to as low as 15 percent, according to local media including the NTV news channel.

The government is planning to lower the charge from 22 percent, NTV reported on Thursday, without saying where it got the information.

The lowest corporate tax rate of 15 percent will be levied on companies with annual turnover of less than 10 million liras ($1.25 million), the news channel said. Other firms will be charged a rate of 18 percent, it said.

Turkey introduced a temporary hike in corporation tax to 22 percent in 2018 from a previous 20 percent to help boost budget revenues. The higher rate is due to expire at the end of the year.

Turkey collected 78.6 billion liras of revenue from the tax in the first nine months of the year, an increase of 42 percent compared with the same period of 2019, budget data published on Thursday showed.

One official told Reuters that while no final decision on the tax reduction has been made, work is ongoing to cut the tax to less than 20 percent.

“Work on implementing a lower rate to SMEs and small businesses according to their revenue is at an advanced stage,” the official said, according to Reuters.

Growth in corporate tax collection has outpaced a rise in income from sales taxes and special consumption taxes. Income tax revenue fell by an annual 6 percent in the first nine months of the year to 109.9 billion liras.

The Turkish government is seeking the means to boost economic growth following a currency crisis in 2018 and the outbreak of the COVID-19 pandemic in March this year.