Hunter Biden bombshell emails released by The New York Post last week have prompted further polarisation along partisan lines in the American press and social media. Jason Goodman, founder of Crowdsource the Truth, has discussed the veracity of the expose and Murdoch’s role in bringing it out.

Commenting on the left-leaning MSM’s criticism with regard to the emails’ authenticity, former White House strategist Steve Bannon told One American News (OAN) last Friday: “Rupert Murdoch, one of the biggest media moguls in the world, owns The New York Post. Rupert Murdoch’s lawyers did due diligence here… Let’s call the Bidens’ bluff, if it’s false then sue Rupert Murdoch and The New York Post.”

Was Murdoch Aware the Bombshell Was Going to Come Out?

Australian-born billionaire Rupert Murdoch, 89, who owns The Wall Street Journal, Fox News, The New York Post and other publications, has repeatedly been called Donald Trump’s ally by the left-leaning press.

However, immediately after The New York Post’s explosive expose, The Daily Beast reported that Murdoch was cited by his close associates as saying that he was disgusted by Trump’s handling of the coronavirus crisis and that Joe Biden is likely to win in a landslide. The media has wondered as to why Murdoch’s New York tabloid “has been doing everything in its power to help Trump’s re-election chances” while “Murdoch believes the outcome of the election is a fait accompli”.

“Mr. Murdoch, known for speaking freely among associates and family members, has said on several occasions he thinks Mr. Biden is likely to win the presidency, the person said. He has used the word ‘landslide’ in some instances.” https://t.co/Gz1ojrNGVA

​“I really doubt that Rupert Murdoch knew this was going to be published before it was published”, says Jason Goodman, an American investigative journalist and founder of Crowdsource the Truth. “A lot of people view the world as ‘these guys are black hats, those guys are white hats’. Nothing is binary like that. I think that the News Corp media empire is somewhat running damage control right now, because I saw a report on Fox News that was questioning the veracity of The New York Post.”

Moreover, it is likely that the Trump-led declassification of information to uncover the US political corruption may backfire not only on the Democratic Party but also on American billionaires and media moguls such as Rupert Murdoch as well, the journalist suggests, adding that Murdoch does not seem to be a Trump “ally”.

Goodman also has drawn attention to the rumours in the mainstream press saying that at least two New York Post journalists refused to attach their bylines to the story while Gabrielle Fonrouge, one of the purported authors of the piece learned that her byline was on the story only after it was published.

“The New York Times et cetera are spinning that to say that these guys did not want to include their bylines because it was dubious. Well, I pose the question to your readers: ‘Is that the reason or is it that they knew that it was a true story that ran against what the owners of the newspaper would want to be published but their journalistic integrity caused them to want to release it? I don’t think Rupert Murdoch okayed this. I think there’s an internal struggle”.

Is This Information Real?

The second question is the veracity of the information released by The New York Post, the investigative journalist continues.

“There is a lot of reporting saying this isn’t valid evidence, it’s a made up story they are alleging, by The New York Post to smear Joe Biden”, he says. “We even have crazy [Democratic congressman] Adam Schiff saying that this is Russian disinformation. He might as well say that it came from the Tooth Fairy because he has no evidence.”

As Director of National Intelligence John Ratcliffe stated Monday, Hunter Biden’s laptop and emails are not part of some Russian disinformation campaign in response to the Democrats attempts to routinely pin the whole blame on Moscow.

As the #FakeNews media in the U.S. continues to prove @POTUS right, demonstrating they ARE enemies of the people, here is the “unverified” #Hunterbidenlaptop receipt allegedly signed by Hunter, & his verified signature on the Statement of Directors for Social Media Startup Cayova pic.twitter.com/TotRyh4nbw

​The trove of Hunter Biden’s emails and photos does look like solid evidence, no matter who owns the newspaper, who wrote the article or who approved it for publishing, according to Goodman.

“Is this information real? For the average person at home trying to decide, these pictures are of Hunter Biden. As a digital media and photography expert, I don’t see anything in these photographs that immediately jumps out as being fabricated and [the Bidens] have not denied the authenticity of any of it,” he says.

And here comes the most interesting part: if The New York Post indeed published a false story about the Bidens, it could be sued into oblivion and go out of business, the investigative journalist highlights.

It appears that they don’t want to bring a lawsuit, and that is very telling, according to the journalist, because that would trigger a process by which The New York Post would have an opportunity to defend itself and subpoena Hunter Biden’s Rosemont Seneca, for example, for all his emails from its server to verify the documents in question.

What is also telling, according to Goodman, is that those mainstream media outlets which are now calling The Post’s report into question previously willingly circulated stories based on the discredited “dirty dossier” by ex-MI6 agent Christopher Steele about Trump being in Russia’s pocket and hanging out in Moscow hotels with Russian prostitutes.

“Where is an interview with a single Moscow prostitute who says: ‘Yes, that was me’? We have not seen that,” he says. “Where’s security footage from the Moscow hotel that shows Donald Trump walking in? Where is the registration book that shows that Donald Trump was registered in that hotel? We’ve seen zero evidence of anything related to that story.”

In sharp contrast to that, Hunter Biden’s laptop contains a huge amount of photo and video evidence as well as emails, documents and messages which shed light on the Biden family’s alleged pay-to-play schemes, the journalist notes.

Furthermore, this information has not come out of the blue, as the September Republican Senate report has already raised the red flag about the Bidens’ questionable business deals, ties and international financial transactions, he concluded. 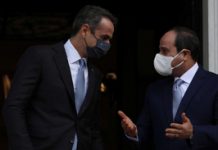