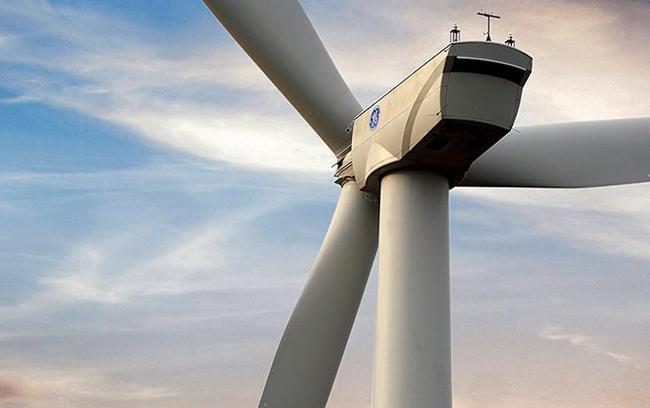 Every time an oil and gas major announces a major foray into renewable energy, the skeptics come out like clockwork and lambast the sector for merely trying to burnish its green credentials.

Sometimes the criticism appears undeserved because the Oil Majors have actually invested billions of dollars into the clean energy sector over the past decade and have lined up plans to invest billions more in the 2020s.

But here’s why the criticism sticks anyway: The most ambitious pledges by Big Oil to pursue net-zero agendas have remained inconsistent or half-hearted at best.

Let this sink in: In 2018, Big Oil spent less than 1% of its combined budget on green energy projects.

An analysis of near-term spending plans on renewables by the biggest oil and gas companies reveals that real investments in renewable energy will continue to pale in comparison to capex plans for greenfield fossil fuel projects even as the world ushers in the age of renewables.

For instance, Norway-based energy consultancy Rystad Energy says the Oil Majors will pump in $166B into new oil and gas ventures over the next five years, thus dwarfing the currently-specified outlay of just $18B (less than 10% of capex) for solar and wind energy projects. Indeed, much of Big Oil’s reduction in greenhouse gas (GHG) emissions leans on the so-called natural gas bridge and not real investments in renewable energy.

Royal Dutch Shell (NYSE:RDS.A) has probably done more than any other supermajor as far as investing in renewable energy goes. Recently, Shell CEO Ben van Beurden told investors that the company no longer considers itself an oil and gas company but an energy transition company. Shell has been vocal about the shift to renewables, frequently issuing the clarion call for the industry to switch to cleaner energy sources. In 2016, Shell set an ambitious goal to invest $4bn to $6bn in clean energy projects by 2020, though the Guardian recently reported that it was unlikely to meet that target.

So, why is Big Oil still dragging its feet at a time when Covid-19 has granted renewable energy a decisive upper hand?

For the oil majors, successfully transitioning to green energy companies is not going to be a walk in the park because these companies have to ride two horses.

That’s the case because the majority are already battling dwindling cash flows, which means they cannot afford to gamble with whatever little is left. Oil prices have been on a downtrend since 2014, a situation that has only worsened during the pandemic.

Oil and gas firms are still grappling with the best way to presently use dwindling cash flows; in effect, they are still weighing whether it’s worthwhile to at least partially reinvent themselves as renewables businesses while also determining which low-carbon energy markets offer the most attractive future returns.

Most renewable ventures, like solar and wind projects, tend to churn out cash flows akin to annuities for several decades after initial up-front capital expenditure with generally low price risk as opposed to their current models with faster payback but high oil price risk. With the need to generate quick shareholder returns, some fossil fuel companies have actually been scaling back their clean energy investments.

Energy companies are also faced with another conundrum: Diminishing returns from their clean energy investments.

A paper published in Science Direct in August says that dramatic reductions in the cost of wind and solar have been leading to an even bigger reduction in revenue inflows leading to falling profits. This is particularly true for wind energy as later deployments of wind usually have lower market value than earlier ones due to wind energy revenue declining more rapidly than cost reductions. Solar is more resilient, with technological progress approximately balancing out the revenue degradation, which perhaps explains why solar stocks have gone ballistic.

Adding wind and solar to our grid tends to reduce electricity prices during peak generation times: Indeed, electricity prices in California can come down to zero during long sunny durations. This was not a problem for early deployments but is becoming a major concern as renewables increasingly play a bigger part in our electricity generation mix.

Those arguments, however, might have cut it as recently as a year or two ago but can no longer pass muster.

First off,  a lot has changed since former Peabody Energy Corp.(NYSE:BTU) dismissed renewables in 2010 and told members of Congress that coal was the future of America’s energy.

Back then, wind and solar comprised just 1% of the  U.S. energy mix: That proportion has risen four-fold with renewable energy sources now supplying 11% of the U.S. primary energy needs and 17.5% of its electricity generation mix thanks to technological advancements as well as dramatic cost reductions.

Indeed, last April marked an important milestone in the renewable odyssey after renewable energy supplied more power to America’s grid than coal for the first time ever. This is the clearest sign yet that solar and wind have matured enough and can actually go head-to-head with fossil fuels, having in fact become the cheapest form of power in two-thirds of the world.

In fact, solar and wind are likely to power half the globe by 2050as per BloombergNEF forecasts by which time coal and nuclear are likely to have all but disappeared in the U.S. mainly forced out by much cheaper renewables and natural gas.

Regarding the diminishing returns of wind and solar investments, the Science Direct paper adds that both sectors should be fine because carbon abatement costs remain relatively low even after huge growth in deployments.

Second, there are several important trends that have been working in tandem to slow down the revenue decline: Storage, demand response, and increasing interconnection.

Demand response can shift consumer demand from periods of high prices to times when renewables are generating more power.

Interconnection enables renewable energy to be transported to distant markets where demand and prices are higher.

With the value of the global oil and gas sector already cut in half this year, Big Oil should simply eschew the usual quarterly capitalism and finally start putting its money where its mouth is.