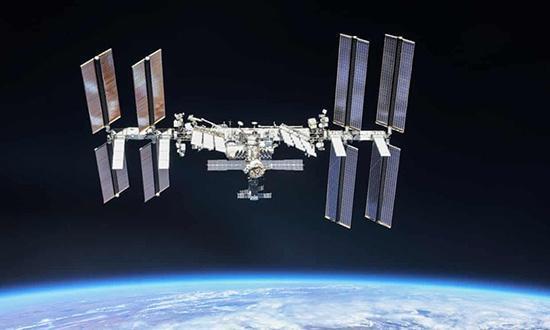 NASA’s OSIRIS-REx probe successfully touched down on the ancient asteroid Bennu to collect a sample which will hopefully shed some light on the early universe and, possibly, the origins of life itself.

The OSIRIS-REx – which stands for: Origins, Spectral Interpretation, Resource Identification, Security, Regolith Explorer – spacecraft briefly touched down on the asteroid located some 200 million miles (321 million kilometers) from Earth on Tuesday.

At approximately 1:50 pm EDT, the probe descended 805 meters (2641 feet) from orbit, in a delicate process which took four hours, and extended its 3.35-meter sampling arm and touched the space rock for about 15 seconds.

The craft steered past a two-storey-sized boulder, affectionately nicknamed “Mount Doom” by the NASA team, as it hovered over the sample collection site, known as “Nightingale,” before unleashing a short burst of nitrogen gas to kick up some samples of space dust.

It won’t be clear until later on Wednesday whether OSIRIS-REx was successful in its mission of scooping up a souvenir from the surface of the asteroid. The goal is to collect at least 60 grams (roughly the same size as a full-size candy bar) of this “primordial cargo,” which, at one point, may have helped seed life on Earth and other planets.

The back-away burn is complete 🛑✅ I’m now moving to a safe distance away from Bennu. pic.twitter.com/bXk2ufSneS

Once final checks on the amount of dusty payload that has been brought on board are made, the probe’s journey back to Earth will begin in March 2021. If more samples are needed, it may make another descent in January, but it will take roughly a week to confirm how much material was collected in the first touchdown maneuver.

“This amazing first for NASA demonstrates how an incredible team from across the country came together and persevered through incredible challenges to expand the boundaries of knowledge,” said NASA Administrator Jim Bridenstine.

“Our industry, academic, and international partners have made it possible to hold a piece of the most ancient solar system in our hands.”

“Sample collection is complete.” “All right! We’re on our way back!” After a TAG (Touch-And-Go) maneuver to capture a sample, our @OSIRISREx spacecraft fired its thrusters to back away from asteroid Bennu’s surface and navigate to a safe distance away. #ToBennuAndBackpic.twitter.com/skJPKlFRR3

The mission launched from Cape Canaveral Air Force Station in Florida on September 8, 2016, arriving a little over two years later on Bennu December 3, 2018.

All going well, it will return to Earth with samples which will afford humanity a look at the early universe on September 24, 2023 when it parachutes into Utah’s west desert.