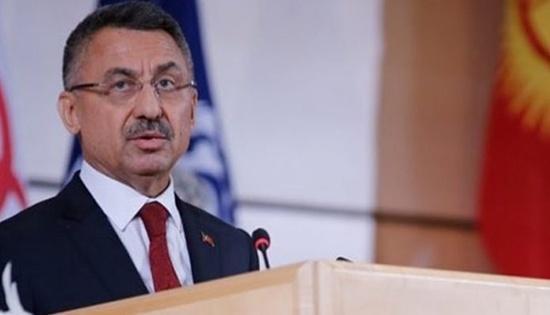 Turkey will not hesitate to send soldiers in the event Azerbaijan asks for help in the conflict over the disputed enclave of Nagorno-Karabakh, Turkish Vice President Fuat Oktay said during a live broadcast on Wednesday.

Oktay answered questions about Azerbaijan during an interview with CNN Türk’s Ahmet Hakan.

When Hakan asked if Turkey would meet a possible demand for military assistance from Azerbaijan, Oktay said, “If any unexpected move comes from Armenia, Turkey will not hesitate to send its soldiers, should Azerbaijan ask for them.”

Turkey’s defense exports to Azerbaijan had sextupled over the course of nine months in 2020 before the Azerbaijani army engaged with Armenian forces, Deutsche Welle reported on October 14, citing Turkish Exporters Assembly (TİM) data.

According to the TİM data, Turkey exported $123 million in defense and aerospace equipment in the first nine months of 2020. The figure was $20.7 million in the same period of 2019.

Russian news website Kommersant reported on Friday that Turkey is already embroiled in the conflict over Nagorno-Karabakh.

Turkey has backed Muslim-majority Azerbaijan in the decades-long conflict over Nagorno-Karabakh, a territory inside Azerbaijan where the population is predominantly ethnic Armenian. The region declared independence in 1991 under the name of the Republic of Artsakh, a state deemed illegitimate by the international community.