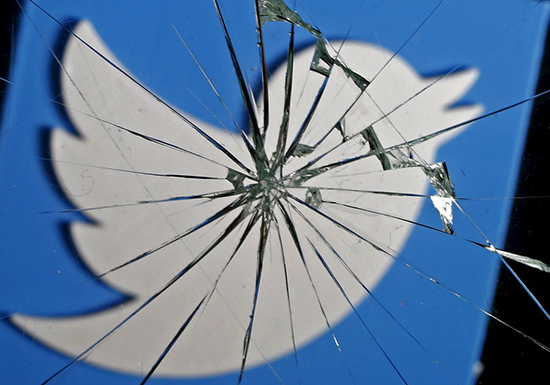 Metaphorically telling people to get rid of their censorship instinct got one prominent Twitter user censored herself, after the platform decided that went against their harassment rules for wishing someone “physical harm.”

“Boomers need to kill the Joseph McCarthy that’s still alive in their heads! He is dead but he still censors the thinking of many Boomers!” is what the user, who goes by the name Esha, tweeted on Thursday. She was addressing the generation of Americans born right after the Second World War, and referring to the Wisconsin senator who infamously claimed the US government was infiltrated by communists in the 1950s.

Her account was quickly locked, apparently for violating Twitter’s policy on harassment and abuse. Podcast host Katie Halper posted Twitter’s notice to that effect, alongside the remarkable explanation: it wasn’t some AI algorithm that made the determination, but actual human Twitter employees!

“Our support team has determined that a violation did take place,” says a notice sent to Esha, which Halper posted. “Wishing or hoping that someone experiences physical harm” is against Twitter rules.

There’s just one obvious and glaring problem with that: McCarthy has not been alive since 1957, as Esha herself noted.

Between 1950, when he accused the US State Department of being “infested with communists,” and his censure in the Senate in 1954, McCarthy had been the face of the ‘Red Scare’ in the US, and “McCarthyism” became synonymous with witch hunts.

Twitter is already in hot water over its censorious ways. Last week, the platform locked the account of the New York Post – a newspaper founded by Alexander Hamilton in 1801 – over their story about the laptop of Democrat presidential candidate Joe Biden’s son Hunter. The company first claimed this violated the policy against “hacked materials,” then shifted to claiming it was “violating privacy,” then called it “potentially harmful,” before giving up on excuses altogether.

The Post has refused to delete the “offending” tweet, insisting their story was legitimate journalism. As a result, they have remained blocked since October 14.

Esha has reportedly bent the knee and agreed to censor her “abusive” post about metaphorical censorship. Her release from “Twitter jail” is expected sometime on Friday.

Once the “free speech wing of the free speech party,” as general manager Tony Wang called it in 2012, Twitter has rapidly transformed into a draconian censor over the course of 2020. First they cracked down on Covid-19 “misinformation” based on the shifting whims of governments, then going after US President Donald Trump, to changing rules on advertising, link-sharing and even retweeting ahead of the upcoming US elections, ostensibly to protect their integrity.

Defenders of such censorship argue that Twitter is a private company, to which the First Amendment of the US Constitution – guaranteeing freedom of speech – does not apply.