One of the world’s leading Covid-19 experimental vaccines produces an immune response in older adults as well as the young, its developers say, raising hopes of protection for those most vulnerable to the coronavirus that has caused social and economic chaos around the world.

Neither Oxford University nor its commercial partner AstraZeneca would release the data from the early trials showing the positive effects, which are being submitted to a peer-reviewed journal. But AstraZeneca confirmed the basic findings about the vaccine it calls AZD1222, which were shared at a closed academic meeting.

The phase 2 trials have shown that people over the age of 56 – and some over 70 – produced the same sort of antibody response as younger volunteers. Whether older people would be protected has always been a key question for the vaccines being developed. The body’s natural immune system and therefore its ability to fight any virus weakens with age, which is why the Covid death rate rises in older people.

The data also shows that fewer side-effects – referred to by the scientists as “reactogenicity” – were reported in the older volunteers, which is encouraging, although it could mean fewer of them reported issues such as a sore arm.

“It is encouraging to see immunogenicity responses were similar between older and younger adults and that reactogenicity was lower in older adults, where the Covid-19 disease severity is higher. The results further build the body of evidence for the safety and immunogenicity of AZD1222,” said an AstraZeneca spokesman.

A vaccine that works is seen as a game-changer in the battle against coronavirus, which has killed more than 1.15 million people, shuttered swathes of the global economy and turned normal life upside down for billions of people. However, few think the first vaccines will be fully protective. They may instead reduce the severity of illness, so that people avoid hospital and deaths are reduced. They may also not last, so that boosters will be needed.

AstraZeneca said it hoped the vaccine may be ready for limited use within the coming months. “We anticipate efficacy read-outs from phase 2/3 trials between now and the end of the year, and if approved within countries, doses of the potential vaccine could be available for use before the end of the year,” said the spokesperson.

However, most experts outside the company, and the UK health secretary, Matt Hancock, expect it not to be available until 2021. Asked if some people could receive a vaccine this year, Hancock told the BBC: “I don’t rule that out but that is not my central expectation.”

Hancock said a vaccine was not yet ready but he was preparing logistics for a possible rollout, mostly in the first half of 2021. AstraZeneca has committed to mass manufacturing and has a capacity of 3bn doses – which equates to enough for 1.5 billion people globally getting the two-dose vaccine. It has also signed deals with manufacturers in other countries, such as India.

The final trials (phase 3), looking to see a significant difference in the numbers of deaths between those vaccinated and those who are not, are taking place in six countries. Trials in the US, which were paused after a volunteer in the UK became ill, have resumed. The other countries participating are South Africa, Brazil, Japan and India.

The vaccine is expected to be one of the first from big pharma to secure regulatory approval, along with one from Pfizer and BioNTech.

Work began on the Oxford vaccine in January. Called AZD1222 or ChAdOx1 nCoV-19, the viral-vector vaccine is made from a weakened version of a common cold virus that causes infections in chimpanzees.

Stephen Evans, a professor of pharmacoepidemiology at the London School of Hygiene & Tropical Medicine, cautioned that no conclusions about the efficacy of the vaccine should be drawn until the data had been published.

“In order to comment properly on this we need to see the data,” he said. “It is encouraging that the investigators suggest that the immune responses measured in the blood seem to show efficacy both above, as well as below, age 70. The later phase trials are needed to see if the immune responses translate into clinical efficacy in preventing infection. These will involve much larger numbers and it is wise to not be too optimistic until those trials have completed.”

Raised antibody levels in the blood indicated but did not guarantee protection from the virus multiplying in the body, he said. 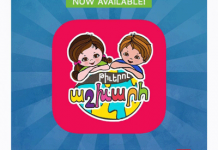 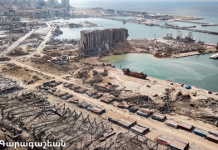 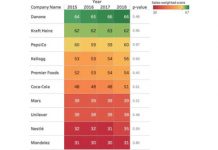