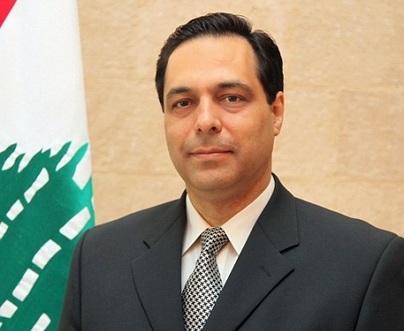 Caretaker PM Hassan Diab issued a statement on Tuesday warning against attempts to foil a forensic audit into the Central Bank (BDL) accounts as part of reforms in line with a long-standing request of donors.

Diab urged the central bank to hand over missing documents needed for a forensic audit demanded by international creditors.

“Diab conducted a series of contacts to follow up on the file of forensic audit at the Central Bank and sent a letter to (caretaker) Minister of Finance to request that the bank acts according to the view of the Legislation and Consultation Commission, in order for restructuring consultancy Alvarez & Marsal company to operate according to the contract it signed with the Lebanese state,” the statement released by Diab’s press office said.

It added that said contract “states that BDL must deliver to Alvarez the documents and information it requested to launch a forensic audit workshop,” noting that “the bank only handed over 42% of these files to the company, citing a Banking Secrecy Law.”

“Any reform that fails to proceed from forensic audit of the central bank is a sham reform” aiming at covering “long-standing approaches that have driven the country to its economic and financial crisis,” said Diab in his statement.

In September, New York based firm Alvarez and Marsal started a forensic audit of the Central Bank of Lebanon as part of measures towards reforms to lift the country out of its worst economic crisis in decades.

It set November 3 as a deadline for the bank to provide it with all information needed for the review, a source at the finance ministry said.

But the central bank has handed over less than half of the documents required to proceed with the audit.

It says provisions of the Code of Money and Credit and the Banking Secrecy Law bar it from releasing the rest.

“Today what is needed is for the central bank to give the forensic audit firm the documents and information it has requested, so that this audit can start to uncover the financial facts and causes of this collapse,” Diab said in a statement.

It was not immediately clear what would happen if Alvarez and Marsal did not receive all the information it had requested.

Diab’s government has repeatedly accused central bank chief Riad Salameh of being responsible for the collapse of the Lebanese pound.

Critics from across the political spectrum have charged that Salameh’s financial policies led to Lebanon’s ballooning sovereign debt and its first default in March this year.

Salameh has defended himself, saying that the central bank “has funded the state, but did not spend the money”.