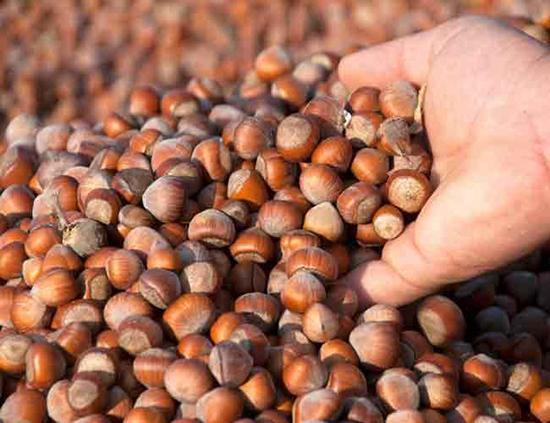 Turkey‘s hazelnut exports reached 58,622 tons in the first two months of the export season, down from 99,460 tons in the same period last year, a regional trade union announced on Nov. 2.

The Black Sea Hazelnut and Products Exporters’ Union reported that Turkey had earned $402.19 million from hazelnut exports in the first two months of the export season, which starts in September and ends in August.

The union’s data said 44.7% of the country’s hazelnut exports were processed products worth $177.8 million, while the rest were raw hazelnuts.

With over 76% of total exports, the EU continued to be the top export market for Turkish hazelnuts.

In the last season, the country made a historic record in hazelnut exports, selling 343,000 tons worth $2.3 billion.