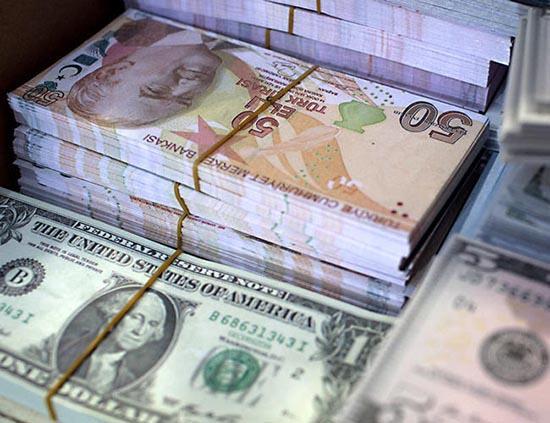 Turkey’s central bank, which has spent some $120 billion to put the brakes on the fall of the lira against the US dollar, has decided on a policy change, with Treasury and Finance Minister Berat Albayrak saying his government will no longer intervene in exchange rates.

In a three-hour presentation he made at the ministry to ruling Justice and Development Party (AKP) deputies, Albayrak ruled out government intervention in the rates, barring “extraordinary developments,” according to a report by the BBC.

Over the past year Turkey’s economy administration injected some $120 billion into the markets to stop the freefall of the lira, causing central bank reserves to decline to negative $38 billion. Albayrak’s remarks at the briefing imply a significant policy change in the management of the economy.

Continuing its downward trend over the last two weeks, the lira fell below 8.50 against the dollar and 10 against the euro.

Albayrak said the COVID-19 pandemic has prompted many countries including China to revise their growth forecasts and that they project Turkey’s growth rate would be somewhere “above 0 percent and below 1 percent.”

Some deputies who were present at the meeting pointed out that low interest rates adopted to revive the economy over the summer led to a hike in housing and auto prices. Albayrak said that while auto production fell due to the pandemic he expects the situation to improve as manufacturing picks up.

According to analysts, the reserves of Turkey’s central bank are at their lowest level in the last 16 years.

The lack of confidence in the economy is driving people not just to foreign currency, but also to gold. In order to curb the demand for gold, the government hiked its taxes from 0.2 percent to 1 percent.

While the tax increase did succeed in slowing down the demand for gold in the banking industry, it led to a tenfold increase in demand at jewelry shops in the Grand Bazaar. According to Ministry of Trade data, Turkey imported gold worth $15 billion between January and August of this year, representing a 153 percent increase compared to the same period of last year. Media reports said the imports have continued to increase since August.

According to figures provided by the Turkish Statistical Institute (TurkStat), gold has surpassed the dollar, real estate and stocks and bonds, bringing the best revenue of the last 10 years.

Surge in sales of safes

As a result of the breakdown in the Turkish financial system, speculation that the government could seize bank deposits has become a daily topic of conversation.

The increasing public interest in gold is another indicator of this situation. In parallel with gold purchases, the demand for safes has also increased by nearly 50 percent. People who invest in gold have started to keep it in home safes instead of depositing it in banks.

Mustafa Tuzcuoğlu, a safe-box distributor who spoke to The Wall Street Journal said: “Clients go for small but high-end models that cost from $400 to $650 and weigh 700 pounds. … They keep half of their savings at the bank and half at home. That’s what I’m doing too.”