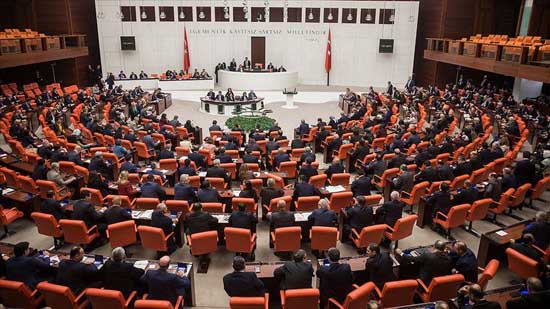 Turkey’s presidency submitted a motion to parliament on Monday to allow the government to deploy troops to Azerbaijan, state-run Anadolu news agency reported.

The proposal would deploy the soldiers for peacekeeping in the disputed enclave of Nagorno-Karabakh for up to one year and will be voted on by lawmakers on Tuesday, Anadolu said.

Last week, Russia and Turkey signed an agreement to create a joint centre for monitoring a ceasefire in Nagorno-Karabakh between the Azeri and Armenian militaries.

Turkish President Recep Tayyip Erdoğan has said Turkey would join Russian peacekeepers in the region to help monitor the ceasefire deal. The Kremlin said last week that Turkey and Russia would cooperate via the centre located on Azerbaijan’s territory, but that there was “no discussion of joint peacekeeping forces”.

Turkey has thrown its full political and military support behind Azerbaijan in its conflict with Armenia over the breakaway region, which began in late September. It has been accused by France and Russia of providing Syrian mercenaries in support of its close regional ally.

Turkish military commanders were in charge of the Azeri operation in Nagorno-Karabakh, Russian newspaper Vzglyad said on Nov. 12, citing sources close to the leadership of the Azeri Defence Ministry.

Major General Bahtiyar Ersay, head of the Operations Directorate of the Ground Forces of Turkey, was directly involved in organising military operations, Vzglyad said. He was based in the Azeri capital of Baku and reported to the top military and political leadership of Turkey on the course of the conflict, the newspaper said.

The work of Turkish generals in Azerbaijan, many of whom also took charge of a Turkish intervention in Libya, has been facilitated with the help of about 200 military advisers, Vzglyad said.