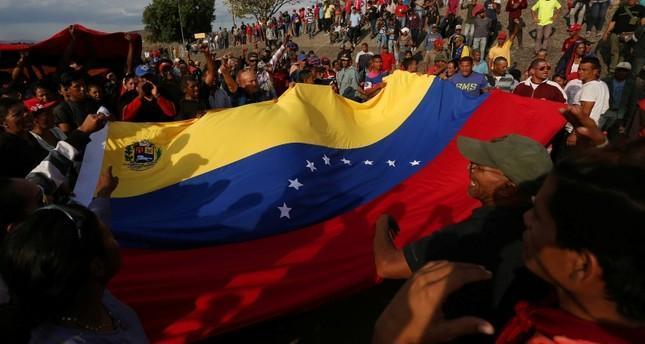 In a hard-fought campaign Democrat Joe Biden won the November 2020 U.S. presidential race beating incumbent Donald Trump. There were considerable fears in the run-up to the election that a Biden victory would put a damper on oil prices but, along with the boost given by news of a COVID-19 vaccine, the opposite has occurred. This has been a boon for many South American countries where petroleum production is an important economic driver. Biden’s ascension to the top job marks an end to the hardline policy taken by the Trump White House toward Venezuela and its attempts to oust autocratic socialist leader Nicolás Maduro.

Trump’s aggressive sanctions, which cut Venezuela off from global energy and capital markets as well as the veiled threat of military intervention appear to have failed. Essentially, that policy forced Maduro to turn initially to China, then Russia and finally Iran for assistance to prop-up his position and receive strategic financial, economic, political and military lifelines. It permitted Moscow to bolster its influence in Latin America and gain control over Venezuela’s vast oil reserves, which at 300 billion barrels are the world’s largest. In exchange for debt relief, loans and military advisers Moscow gained access to Venezuela’s all-important economic engine and some of the country’s most valuable oil assets. These include ownership of interests in some of Venezuela’s most productive oil projects and a 49.9% lien, from an oil backed loan, over PDVSA’s Citgo refining business, which many analysts regard to be the crown jewel of the state-owned oil company’s assets. To mitigate the impact of U.S. sanctions on Russian government controlled but publicly listed energy company Rosneft, which initially was responsible for the oil backed loans to Caracas, a Kremlin owned company purchased all Venezuelan assets earlier this year. That further cemented Moscow’s ties to Caracas and control over Venezuela’s valuable oil assets.  The Kremlin’s desire to boost influence in Latin America, a region it has coveted since the Cold War, are motivated by the government’s desire to become a great global geopolitical power again. It will erase the deep sense of national shame which arose when the Soviet Union collapsed in 1991 and Russia lost its global superpower status. For Moscow greater influence in Latin America acts as a counterweight to NATO, which has five members that have land borders with Russia, by giving it greater political influence in a region bordering the U.S. Direct influence over Venezuela also bestows Russia with greater clout within OPEC which is further bolstered by its close relationship with Iran, the cartels fifth largest oil producer. Iran is a proxy actor for Russian foreign policy in the Middle East. Teheran committed financial resources, aircraft, ballistic missiles, ground troops and militias to the war in Syria which along with allied Russian military forces were instrumental to the Assad regime’s victory. Now Iran has become a crucial lifeline for Maduro’s beleaguered government.
Tehran is assisting Caracas to circumvent U.S. sanctions allowing Venezuela’s government to continue vital oil exports, by shipping urgently needed gasoline to Caracas as well as other aid including basic food products. It can be argued that Trump’s hardline stance on Venezuela, which caused the crisis-torn country to fall further into economic and humanitarian crisis, strengthened Maduro’s position. It did this by forcing the autocratic president to turn to other countries which are opposed to Washington’s policies to secure the necessary resources to survive. This indicates that the White House’s hardline stance on Venezuela and strict sanctions against Maduro’s autocratic regime have failed to deliver the desired result. Instead of initiating regime change and fostering the re-emergence of democracy in what was once South America’s wealthiest country, they have strengthened Maduro’s hold on power exacerbating one of the worst humanitarian crises of the 21st century.

The White House’s tough policy has allowed Russia and Iran to gain substantial influence in what could be considered the U.S.’s backyard. Iran sponsored Hezbollah has gained a significant foothold in Venezuela where it has allegedly established large criminal and terrorist networks in the near failed state. Hezbollah is allegedly turning Venezuela into a hub for transnational money laundering and cocaine trafficking. The involvement of the Teheran backed Lebanese terrorist organization in Venezuela is destabilizing the region and exerting pressure on neighboring countries, notably violence wracked Colombia. It is speculated that the terrorist group along with Maduro’s regime are funneling arms and money to Colombian guerilla groups including the ELN and FARC dissidents, with the intent of destabilizing erstwhile regional U.S. ally Colombia. The border between Colombia and Venezuela has become particularly insecure over the last decade as various illegal armed groups, such as ELN guerillas, FARC dissidents and paramilitary groups, seek to control lucrative trafficking routes and use Venezuela as a safe haven. The risks that poses to Colombia and other neighboring countries is magnified by the fact that Caracas has little control over its territory outside of the major cities. Venezuelan leftist paramilitary groups called Colectivos, Colombian leftist guerrillas and rightwing paramilitaries as well as other illegal armed groups operate with relative impunity in much of the country’s territory, particularly in the border regions. This is destabilizing the region and adding to the misery of everyday Venezuelans who are experiencing economic collapse, rampant gasoline shortages which are further crippling the economy, shortages of basic goods and services including running water, electricity and food. As a result, most Venezuelans are facing hunger and are forced to live a subsistence lifestyle where finding food and other resources to survive has become a daily priority. These events underscore the need for Washington to find a different approach to managing Venezuela’s crisis. By doing so the White House could reduce the suffering of the Venezuelan people while curtailing the destabilizing influence of Maduro’s government and crisis on the immediate region, while consolidating U.S. hegemony. Time and again it has been demonstrated since the end of World War Two, that economic sanctions do not trigger regime change. In fact, in many cases they only strengthen the incumbent ruler’s position by making the cost of stepping down far too great to contemplate.

There are signs that Biden will seek a different approach to Venezuela. Former adviser Juan Gonzalez indicated in a July 2020 article that a Biden administration would implement serious measures to address Venezuela’s humanitarian crisis and seek a more political solution. That could strengthen the position of opposition leader Juan Guaidó, who is internationally recognized by over 50 countries as Venezuela’s legitimate interim leader. By reducing the burden of survival on Venezuela’s people they will have a greater ability to participate in civil society and shaping their future, which ultimately will place greater pressure on Maduro’s regime. Potentially, it could create the popular critical mass required leading to the reemergence of democracy in what was once South America’s most stable democracy. The rise of broad-based pro-democracy movements in Eastern Europe were responsible for the collapse of communism and creation of capitalist liberal democracies in the region. They also precipitated the 2011 Arab Spring, which led to popular protests that eventually toppled the autocratic regimes of Tunisia, Egypt, Libya, and Yemen. By triggering regime change in Venezuela Washington can reduce Moscow and Teheran’s influence in Latin America and reassert U.S. hegemony in the region. That would reduce the scale of the humanitarian crisis engulfing Venezuela and its impact on neighboring nearby countries while boosting regional stability. It could even dull Russia and Iran’s influence in OPEC by removing their growing control over Venezuela’s vast oil reserves.