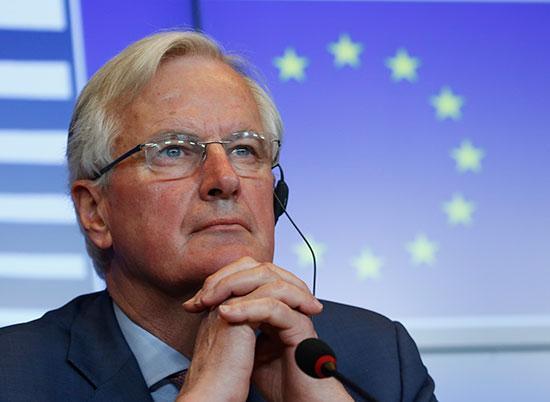 BRUSSELS (Reuters) – The European Union’s Brexit negotiator said on Monday that big differences persisted in trade talks with Britain but that both sides were pushing hard for a deal.

“Time is short. Fundamental divergences still remain, but we are continuing to work hard for a deal,” said the EU negotiator, Michel Barnier.

Trade negotiators resumed talks on the shape of the new EU-UK relationship after a post-Brexit standstill agreement expires on Dec. 31.

As in the last few weeks, the focus was still squarely on dividing up fishing quotas and ensuring fair competition for companies, including on regulating state aid.

Face-to-face talks, suspended last week after a member of the EU delegation tested positive for the new coronavirus, will resume in London “when it is safe to do so”, said a source who follows Brexit, speaking on condition of anonymity.

Another source, an EU official, added: “The differences on the level playing field and fisheries remain major.”

The British Sun newspaper reported at the weekend that the negotiators were looking at a clause that would allow a renegotiation of any new fishing arrangement in several years’ time.

An EU diplomat, a third source who spoke under condition of anonymity, confirmed that such an idea was under discussion, but added that the bloc insisted on linking it to the overall trade agreement, meaning that fishing rights could only be renegotiated together with the rest of trade rules.

“We need to uphold the link between fishing and trade rules, this comes in a package,” the source said.

The EU official said annual renegotiation of fishing quotas was a ‘no-go’ for the 27-nation bloc. Fisheries are a particularly sensitive issue for France.

Thierry Breton, the French representative on the European Commission, the EU executive, said last week: “We shouldn’t have in the Brexit deal revision clauses in one or two years, when everything would change again … We won’t let that happen. We need to give our entrepreneurs predictability.”