President-elect Joe Biden’s pick for Pentagon chief would be the first woman in the role. But a glimpse at her past suggests she’s not only a sociopathic hawk but an ideal vector for a Biden reversal of Trump’s Afghan pullout.

As Trump finally began to implement his long-delayed promise of pulling US troops out of Afghanistan, articles bemoaning the sure-to-be-horrific fate of Afghan women without US soldiers around to rape – er, help them, have mushroomed across the media establishment.

Even though Trump would be leaving approximately 2,500 troops in both Afghanistan and Iraq, his decision to belatedly, incompletely fulfill his 2016 electoral promise to bring the troops home has been depicted as a betrayal of both Afghan women and NATO. The Pentagon tried to claim al-Qaeda is excited about the move, while the media have suggested Afghan women are quaking in their burqas at the notion of the admittedly oppressive Taliban resuming power.

Such conclusions ignore the reality that the Taliban already controls more territory than it has since September 11, when the US made the snap, ill-informed decision to go to war against a country that had nothing to do with those attacks. Or that the US, not the Taliban, has repeatedly violated the ceasefire that was held up as a precursor to peace treaties between the Afghan government and the fundamentalist Islamic group. It’s the threat of ending a hugely unpopular war that has these women supposedly fearing for their lives.

This is where Flournoy and the feminist angle come in. Such tactics have worked before – former Secretary of State Hillary Clinton was gung-ho to bomb the stuffing out of Syria supposedly on behalf of the country’s “women and children” – never mind that the Islamic fundamentalist “moderate rebels” would have oppressed them far more than Bashar Assad’s secular government – while the bogus threat of Libyan leader Muammar Gaddafi feeding his troops Viagra in order to enable raping sprees served as atrocity propaganda to justify the US’ disastrous regime change in that country. Women are now sold as slaves, but hey, at least that nasty Gaddafi (whose rule saw women achieve one of the highest levels of gender equality on the African continent) is gone!

The appointment of Flournoy, a Strong Woman™, to the helm of a Pentagon that is going to have to make some very unpopular decisions in order to redeploy US troops in Afghanistan (can’t let those poppy fields go to waste, after all) is a clever move on the part of the Biden campaign. Even most veterans now think the Afghan war was a terrible mistake, and Trump was arguably elected in 2016 on his promise to bring US troops home. Putting a woman in charge of reversing what would normally be a very popular move has the potential to succeed where the discredited “Russian bounties on US troops” fairytale failed.

Flournoy is admirably suited to this role, as the founder of a think tank (the Center for a New American Security) now run by Ukrainian regime-change cookie-distributor in chief Victoria Nuland. She was on the front lines of the Obama administration’s disastrous wars in Libya and Syria, and helped expand the war in Afghanistan before departing for the private sector in 2012. She was a pioneer of slapping a ‘woke’ gloss on US militarism, and in 2016 while jockeying for the nom as projected president Hillary Clinton’s Secretary of Defense co-authored a paper urging Washington to move toward war with Iran while expanding the conflicts in Iraq, Syria, and Yemen and inflating the already bloated Pentagon budget.

Putting women on the front lines of propaganda has historically been a near-bulletproof defense for a bloodthirsty regime trying to pass off the abuses of empire as “responsibility to protect,” and Flournoy would by no means be the first woman embraced by the war machine’s propaganda apparatus for her ability to pass off killing thousands of innocents as “humanitarian intervention.” It’s of a piece with the sick fiction popularized by fellow former Secretary of State and fake feminist icon Madeleine Albright when she declared 500,000 Iraqi children who died because of US sanctions were “worth it.”

One might think that 26,000 dead Afghan children – that’s about five murdered kids per day – over the course of the nearly two-decade quagmire in that country is enough carnage, never mind that the Trump administration has increased bombing levels, even from his predecessor Barack Obama’s record-setting drone strikes, and civilian casualties have soared accordingly.

But the incoming Biden administration, as well as many in Trump’s own party, would have the US stay there indefinitely. The excuses they come up with run the gamut from the aforementioned “think of the poor women!” to a claim that terrorism will spiral out of control if the US isn’t there to fund – er, fight back against the bad guys. While it’s hard to ignore that terrorism has spiraled out of control precisely because of the US declaring “war” on it, like many other US ‘wars’ (drugs, cancer, poverty, etc) and illicit activities like opium production have skyrocketed following the collapse of the Taliban government, hiding behind the skirts of Afghan women appeals to pure emotion, no facts required.

There are encouraging signs this faux-feminist fiction is wearing thin, however. Even the mainstream media establishment has raised tentative objections to the notion that Flournoy’s nomination would be a win for feminism. “You don’t have to celebrate the first woman Secretary of Defense,” corporate-feminist outlet Jezebel reassured its readers, explaining that Flournoy as a career Pentagon functionary had “been party to some of the country’s worst imperialist, hawkish pursuits.” In a surprising diversion from the site’s paean to VP-elect Kamala Harris earlier this month, Jezebel acknowledged that lionizing female “firsts” in war-criminal roles (like the Trump administration’s CIA director and torturess-in-chief Gina Haspel) was counterproductive.

The time-honored tactic of “pinkwashing” may have reached its pinnacle in the literal pink paint job given a retired Navy fighter jet in 2016, but the cracks showing in the female-empowerment facade adopted by the worst elements of the US empire provide some hope for the future. Bombs dropped by women are just as destructive as bombs dropped by men, and the faux-feminist dream that women should be able to commit war crimes on the same level as men is long overdue for retirement. 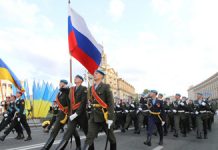 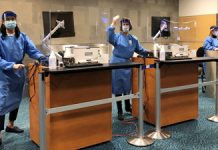 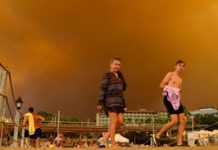