Hydrogen has been touted for decades as the future of mobility. In fact, there was a time when hydrogen was presumed to be “the fuel of the future,” while EVs were expected to remain confined to a niche of small, short-range urban cars. Yet, it’s battery-electric vehicles (BEVs) that have hit the fast lane. Meanwhile, their hydrogen-powered brethren appear to have stalled on the starting line.

Case in point: Some 330,000 plug-in electric cars were sold in the United States in 2019 compared with just 8,000 FCEVs. But that might be about to change. Hyundai Motors (OTC:HYMTF) has partnered with British multinational chemicals company Ineos Group to give the FCEV sector a badly needed boost in the race to becoming mainstream.

Hyundai is the world’s second-largest producer of FCEVs with a 12.1% share of the market, second only to Toyota Motors (NYSE:TM) with 76.6% market share, while Honda Motor Co. (NYSE:HMC) owns an 11.3% slice of the market.

Through the partnership, Ineos will supply hydrogen to Hyundai as it looks to expand its FCEV footprint. Ineos already manufactures 300,000 tons of hydrogen annually as a byproduct from the electrolysis of brine to make chlorine. The company currently uses it for fuel as well as in the desulfurization at refineries. The company owns massive underground gas-storage caverns that it could use to store the hydrogen.

Some readers might squawk at this as just another me-too project by the hydrogen camp given the host of cost, technical, and infrastructure hurdles that the sector is yet to overcome.

For instance, the most popular FCEV, the Toyota Mirai, comes with a base price of nearly $60,000—$20,000 higher than the Model 3 Standard Range Plus, which carries a base price of $39,990. Running costs are not cheap either: The “rack rate” to refill a Toyota Mirai or Honda Clarity runs north of $50, which might be competitive in an era when gas prices are in the vicinity of $4 per gallon, but not with prices near $2 a gallon like the United States has today. Fueling infrastructure is woefully lacking as well, with California boasting a grand total of 40 public hydrogen fueling stations compared to nearly 21,000 EV charging stations. Mind you that California is currently the only state in the United States that has a network of hydrogen fueling stations, maybe because the hydrogen sector tends to get more than its fair share of negative publicity despite a rather decent track record overall.

Then there’s that seemingly insurmountable technical hurdle: Low efficiency. FCEVs are only half as efficient as BEVs when you look at the entire power-to-vehicle-drive energy chain.

Still, a growing number of experts see FCEVs playing an important role in decarbonizing the transport sector alongside BEVs.

Hyundai aims to capture ~15% of the hydrogen-fueled truck market in Europe by 2030, mainly targeting countries like Germany and the Netherlands.

Meanwhile, Ineos plans to leverage Hyundai’s FCEV technology to integrate it into the Grenadier, an SUV fashioned after the Land Rover Defender that the company hoped to debut in 2021.

The global FCEV market was valued at just 652M in 2018 but is expected to expand at a brisk 67% CAGR to hit $42B by 2026, driven by the ESG trend, the high initial investment in infrastructure, an increase in government initiatives for the development of hydrogen fuel cell infrastructure, and technological advancement and future potential. 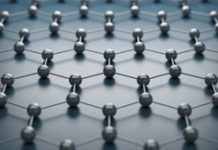 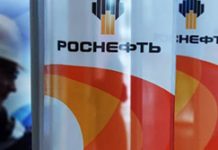