Archaeological excavations carried out in the 3,000-year-old ancient city of Strakonikeia, which is on the UNESCO World Heritage Temporary List, have revealed 10 more masks adorning the stone blocks that are believed to date back 2,200 years.

Works in the ancient city, located in the Yatağan district of the western province of Muğla, have been ongoing for a year with a team headed by Pamukkale University Professor Bilal Söğüt.

The ancient city is home to artifacts belonging to the Hellenistic, Roman, Byzantine, Beylic, Ottoman and Republic periods. The mythological masks carved on the blocks of stone were found in the area where the stage building of the 2,200-year-old ancient theater is located.

The excavation team previously unearthed 33 masks in the last two years that were exhibited after the completion of their cleaning and repair processes, and now the number has reached 43 with the discovery of recent masks, throwing light on different ancient periods that Strakonikeia once witnessed.

Speaking to the state-run Anadolu Agency, Söğüt said that the 3,000 year–old city had traces of every historical period.

“We found 33 masks in the excavations in the previous years. Today, 10 more masks have been found from under the ground. With this trend, we are in a position to find all the masks of the theater and arrange them in their original order. We are very pleased with this situation,” he said.

Stating that the unearthed masks surrounded the state building, Söğüt said, “When people come here, they are impressed by seeing the splendor and flamboyance of the theater before they even enter it.”

“Accordingly, we now reveal the richness and splendor of that period, the value they gave to culture, art and architecture,” he added.

Söğüt said that these mythological masks were used in theatrical performances at that time and the depictions of gods, goddesses and animal figures belonging to the ancient period adorned these masks.

Noting that the cleaning and protection work on the block of stones adorning the ancient masks is ongoing at the stone hospital in the city, Söğüt said when the work would complete, the new masks would be included in the exhibition as well. 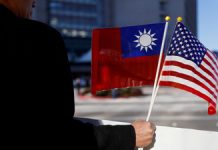