After Joe Biden slipped and twisted his ankle while playing with his dog Major, CT scans showed several small fractures in his mid-foot area, with his physician saying he will likely have to wear a walking boot for several weeks.

While the initial X-ray was “reassuring” and showed “no obvious fracture,” a follow-up Computed Tomography (CT) scan confirmed a couple of “hairline fractures” in Biden’s lateral and intermediate cuneiform bones in the mid-foot area.

Initially, the presumed US president-elect’s office said the health check with an orthopedist was purely “out of an abundance of caution,” stoking speculation of trying to downplay the incident.

However, while pool reporters missed Biden arriving at the Delaware Orthopaedic Specialists in Newark, footage captured by an NBC News photographer showed Biden walking out of the clinic by himself, albeit slowly and with a slight limp.

Biden will be sworn in as the oldest president in US history, if the Electoral College confirms his victory, which is still being challenged by President Donald Trump, so both critics and supporters are keeping a close eye on his health. Biden’s dog Major has also received fawning press attention since the German shepherd would become the first shelter dog to reside in the White House. 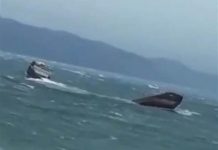 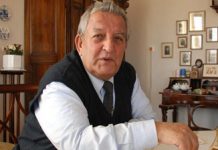