A Hamas member stands next to a missile on World Quds Day in May 2020. Photo: Twitter

A war of words broke out in Israel’s Knesset, or Parliament, between Avigdor Lieberman, who heads the Yisrael Beiteinu (“Israel Our Home”) party, and parliamentarian Shlomo Karai, from the leading Likud (“Unity”) party.

At issue was the alleged leak of security information on new weapons in the hands of Hamas, the militant Islamic Palestinian nationalist movement that has run the Gaza strip since 2007. Lieberman is a former minister of defense, minister of foreign affairs, infrastructure minister and deputy prime minister.

Hamas has a considerable arsenal of rockets including the Khaibar-1 M-302 which is smuggled into Gaza and originates in Syria. Based on the Chinese WS-1 or WS-1B multiple launch rocket system, it has a range of about 200 kilometers.

Israel has also been hit by 122mm Chinese-made rockets fired by Hamas and by the Iranian-made Fajr-5 MLRS rocket, a 333mm long-range weapon.

Most of the rocket attacks launched by Hamas have been Qassams in different versions (Qassam 1, 2, 3).  These are short-range rockets with a range of about 10 kilometers and a small but lethal warhead of between 10-20 kilograms. More than 2,000 of these have been shot down by Israel’s Iron Dome system.

None of these rockets are precise enough to accurately target Israel’s critical infrastructure.

In 2019 at the MAKS airshow, Iran unveiled a new cruise missile called Mobeen that it claimed was fitted out with a digitized scene-mapping area correlator (DSMAC) and a terrain contour matching (TERCOM) system for navigation.

There are unconfirmed reports that some of the crashed Quds cruise missiles found in Saudi Arabia included a TERCOM system. Iran claims Mobeen has been in service since 2018.

The US Tomahawk Cruise missile system used a digitized scene mapping system and TERCOM. For the Tomahawk to work effectively, the targeted area has to be carefully photographed so the target “scene” can be stored in the Tomahawk’s computer memory. When the Tomahawk observes the real scene and can match it, the missile strikes the target.

The Tomahawk dates back to 1983. The original version has been augmented by military GPS and by satellite support for highly precise scene matching.

Today commercial GPS is commonly available to nearly anyone and anywhere. Computers are far better as well and cheap. China and Russia have TERCOM-type targeting systems at least as accurate as the Tomahawk, which they emulated. Iran did not have these systems until 2019.

Israel has been preparing for the past year in anticipation that Iran and its proxies Hezbollah and Hamas would be able to field precision autonomous cruise missiles. Under a new plan called “Momentum,” Israel is now focused on eliminating missile bases and manufacturing sites.

It has already destroyed a number of them in Lebanon and Syria in the past year. Israel has also set up an “Iran Command.” The plan seeks to leverage Israel’s weapons, intelligence, cyber-warfare and aerial superiority.

One of the major challenges, however, is to stop the smuggling of weapons from Iran and Syria. In regard to Gaza, weapons arrive by sea on small craft and parts for local manufacturing are smuggled through tunnels in the Sinai, which is under Egyptian control.

Just as the Houthis have produced cruise missiles and rockets with Iranian assistance, what Lieberman is saying is that the same thing is happening in Gaza.

Iran has sought plausible deniability, so it has its proxies assemble weapons that are materially different from front-line Iranian ones. For example, Quds-1 is a smaller version of Iran’s Soumar cruise missile. Soumar, in turn, is a knock off of the Russian KH-55.

When the Quds-1 were recovered, they appeared similar to drones used by the Houthis. They all used a small jet engine based on the Czech TJ-100, but manufactured in Iran and rebranded T-10.

The Soumar uses either a Russian or Chinese engine. The Iranians were trying to deflect responsibility, something they followed up by having the Houthis claim it was their Quds missiles that carried out the attack.

For some months now, Hezbollah in Israel’s north has been launching drones to photograph targets in Israel, potentially preparing for cruise missile attacks. Hamas also has both surveillance and armed drones and a few have been launched into Israeli territory.

The US is also concerned about cruise missile attacks and is planning its new tactical air defense system to be able to knock out cruise missiles and drones. The US Army is known to be working on an Integrated Air-and-Missile Defense System capable of knocking out short-range rockets and cruise missiles.

The arrival of precision-type weapons, whether with a man in the loop as used in the Nagorno-Karabakh conflict or autonomous as seen in Saudi Arabia, is a new kind of warfare that requires innovative defensive systems and new military doctrine. The clock can no longer be rolled back or access to the technology denied. 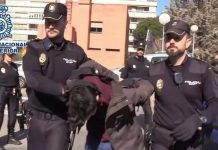 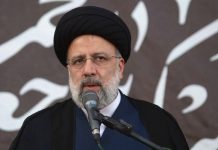