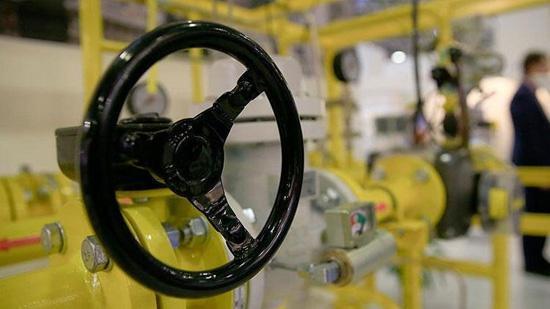 The “bridge fuel” narrative for natural gas is being replaced. Not so easily replaced, however, is the demand for natural gas. Natural gas—just a couple of years ago hailed as the fuel that will bridge the fossil fuel era and the renewable energy era—now finds itself the target of growing opposition and pressure from environmental groups and governments.

Natural gas was recently denied transition status by the European Union. This might sound like the start of the joke, but Brussels is, in fact, very serious: in a draft new rule, the European authorities set an emissions limit of 100 grams of CO2 equivalent per kilowatt-hour for gas-fired power plants. This is a level unattainable for these plants, which means they could lose billions in funding as investors flock to projects with the coveted “transition” label. And yet, whatever labels the EU attaches to different forms of energy generation, gas is likely to remain a key player of the energy transition.

The world’s natural gas demand has been growing steadily for decades. This year it will inch down, according to the International Energy Agency, but this will be a result of the pandemic and its impact on general energy demand rather than the start of a trend. The long-term projections for gas demand tend to be positive because the highest polluter among the fossil fuels, coal, needs to be replaced with something. This “something” cannot be solar and wind alone.

“I have built models of how we can decarbonise the world twice over,” Rob West, founder and principal research analyst at energy technology consultancy Thunder Said Energy told the Petroleum Economist LNG-to-Power Emea forum earlier this month. “And the lowest-cost way I can get to net-zero [carbon] energy by 2050 is to treble the demand for natural gas. We are going to have 400tn ft³ [11.32tcm] of gas in this energy system.”

West is certainly not alone in arguing that gas is indispensable for lowering the world’s emissions. Germany, one of the biggest drivers of the energy transition and enthusiastic adopter of solar and wind energy, is also the driver behind the Nord Stream 2 project that pitted Washington against Berlin.

It’s not about Russian political influence over Europe’s largest economy. It’s about Russian pipe gas versus U.S. LNG. And if this is not telling enough about the future of gas, then the fact that the CEOs of European companies involved in the project are sticking to their guns despite the sanction threats from Washington should be.

“We continue to be committed to Nord Stream 2,” the chief executive of Austria’s OMV told Bloomberg earlier this month. “I am not discussing an exit on financing the project. It is not on my table.”

“We have done our job already, we have already financed the project,” Seele also said at the time. “What happens in the case Nord Stream 2 is not finished? Europe might have to import more LNG from the U.S. and that is the tension behind the initiative.”

But Europe is after the emissions generated during the production of LNG in general and U.S. LNG in particular, so that could be a problem for U.S. natural gas. It could also be a problem for the EU itself as the alternatives to natural gas are either very costly—green hydrogen—or unreliable as a primary source of energy—solar and wind.

Europe is not the only gas market in the world, of course. It’s not even the biggest. The biggest market for gas is Asia, and it is likely to remain the biggest in the coming years, if not decades. Asia is decarbonizing, too, and the way it is doing it illustrates the bridge nature of gas. Despite the hype around the falling costs of solar and wind, China and India are not shutting down their coal power plants and building massive solar and wind farms. They are switching the power plants to gas and building solar and wind farms.

And there may be a problem on the way. Wood Mackenzie recently forecast that changes in investor behavior could slash investment in natural gas by as much as $1 trillion over the next 20 years.

According to Wood Mac, gas demand could peak by then, and if this happens, the reduction in investments may not be too serious a problem. But—because there is always a but—what if what we are calling the energy transition turns out to be a bubble? Thunder Said Energy’s Rob West argues it is, and there are signs that suggest this might indeed be the case, as ideology takes the upper hand over pragmatism. If it is a bubble, when it bursts, we will need gas and lots of it.