While multiple research studies show that Black and Hispanic patients are more likely to test positive for COVID-19, a team of investigators at NYU Langone Health has found that once hospitalized, Black patients (after controlling for other serious health conditions and neighborhood income) were less likely to have severe illness, die, or be discharged to hospice compared to White patients.

The study—recently published online in JAMA Network Open – is, according to its authors, one of the first to examine the impact of comorbid conditions and neighborhood socioeconomic status (SES) on outcomes for Black, Hispanic and Asian patients hospitalized for COVID-19. Findings indicate that Black and Hispanic populations are not inherently more susceptible to poor COVID-19 outcomes compared to other groups, and that once hospitalized, their outcomes are equal to or better than their White counterparts.

“We know that Black and Hispanic populations account for a disproportionate share of COVID-19-related deaths relative to their population size in New York and major cities across the country,” says Gbenga Ogedegbe, MD, MPH, Dr. Adolph and Margaret Berger Professor of Medicine and Population Health at NYU Langone Health, and the study’s lead author. “We were, however, surprised to find that Black and Hispanic patients were no more likely to be hospitalized across NYU Langone than White patients, which means we need to look at other structural factors at play that are negatively affecting outcomes in these communities. These factors include poor housing conditions, unequal access to health care, differential employment opportunities, and poverty—and they must be addressed,” says Ogedegbe, who is also director of NYU Langone’s Institute for Excellence in Health Equity.

How the Study Was Conducted

The team of investigators obtained all data from NYU Langone Health’s electronic health record (EHR) of 9,722 patients tested for COVID-19 at the health system’s 260 outpatient office sites and four acute care hospitals in Manhattan, Brooklyn, and Long Island between March 1, 2020 and April 8, 2020, and followed them through May 13, 2020. The patients’ race and ethnicity data was self-reported.

For every patient who tested positive for COVID-19 , the researchers compiled race/ethnicity data, patient characteristics such as body mass index (BMI), age and sex, and neighborhood socioeconomic (SES) data contained in a weighted index of seven indicators (including median household income, level of education and housing value, among others).

After adjusting for all the above factors, Asian patients had higher odds of being hospitalized than white patients even though they were less likely to receive positive COVID-19 test results.

“Our findings provide more evidence that the social determinants of health play a critical role in determining patient outcomes, particularly for Black patients, before they ever get to the hospital,” says Joseph E. Ravenell, MD, associate professor in the Department of Population Health and associate dean for Diversity Affairs and Inclusion at NYU Langone.

“However, we do see a bit of a paradox,” says Dr. Ravenell. “In keeping with other research, we’ve found that once Black patients with COVID-19 make it to the hospital—despite coming from lower-income neighborhoods—their odds of dying are similar to or lower than white patients. Meanwhile, we also know that Black and Hispanic people are disproportionately contracting and dying of COVID-19 across the country.”

According to Dr. Ogedegbe and Dr. Ravenell, Black populations are more likely to be uninsured and underinsured than white populations and thus more likely to die at home as opposed to in hospital due to poorer access to care. Another predictor of poor outcomes for patients hospitalized with COVID-19 is male sex. In this particular study cohort, 62 percent of Black hospitalized patients were female, which could explain their relatively better outcomes. The study population may also not be representative of the overall New York City population, they say.

Study senior author Leora Horwitz, MD, associate professor in the Departments of Population Health and Medicine and director of the Center for Healthcare Innovation and Delivery Science at NYU Langone, says that future studies need to better examine the direct impact of structural inequities on racial and ethnic disparities in COVID-19–related hospitalization, morbidity, and mortality. 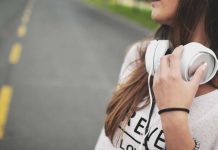 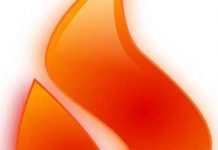 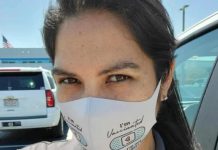