US President Donald Trump holds up his fist as he leaves the stage at the end of a rally to support Republican Senate candidates at Valdosta Regional Airport in Valdosta, Georgia, on December 5, 2020.

Donald Trump continues to baselessly claim the election was “rigged” and his legal team keeps pushing lawsuits in key states to try to overturn the results for President-elect Joe Biden. It has already been an uphill battle; in the weeks since Election Day the campaign has won just one minor court battle.

After Tuesday, their effort will become even more difficult. That’s because Dec. 8 is the federal election “safe harbor” date this year, usually a little-noticed deadline that will mark a major step towards locking in Biden’s victory.

The formal Electoral College vote this year is on December 14. But according to federal law, if states finalize their slate of electors by six days before the Electoral College vote— this year, Dec. 8— that determination “shall be conclusive.” In other words, states that have certified their results by tonight are effectively protecting those results in compliance with federal law, which is supposed to provide assurance that Congress will be bound to honor those electors when they vote in January. “Submission by safe harbor is supposed to ensure Congress will count those votes,” says Richard Pildes, constitutional law professor at New York University School of Law.

According to the Associated Press, every state appears to have met the 2020 safe harbor deadline except Wisconsin, which cannot alone change the presidential race results in the Electoral College. Even if Wisconsin does not certify by Tuesday, its electors can still be counted, which would give Biden 306 Electoral College votes and a decisive victory over Trump. If there were to be an issue with Wisconsin’s votes, or if the legislature submits an alternate slate of electors, Biden would still have 296 electoral college votes without Wisconsin, or 26 more than he needs.

Typically, the safe harbor deadline passes without any fanfare. This year it is attracting attention because Trump has refused to concede the election to Biden and his legal team has filed numerous lawsuits throughout the country based on unsupported claims of fraud or illegitimate ballots cast in the election. As those lawsuits have failed, the campaign’s objective shifted to pressuring Republicans in legislatures of states that Biden won to appoint a slate of electors who would go against voters’ will and certify the results for Trump.

So far, Trump has personally intervened in three states to try to reverse his losses. He has called state leaders in Pennsylvania, Michigan, and Georgia, according to the Washington Post, and reportedly pressured the governor of Georgia to replace his state’s electors voting in favor of Biden. None of these tactics appear to have worked; results have been certified in all of these states. And on Tuesday, the U.S. Supreme Court rejected a last ditch effort by Pennsylvania Republicans to stop the certification of Biden’s victory there.

This effort hinges on a long-shot idea that if these legislatures send a dueling slate of electors to Congress, Republicans there could try and confirm the slate that favors Trump when the chambers convene to finalize the election results on Jan. 6, thus handing him a second term. This gambit almost certainly won’t work, even though the majority of Congressional Republicans have refused to acknowledge Biden’s victory. (On Tuesday, Republican leadership on the Congressional inauguration planning committee blocked a resolution affirming Biden as the President-elect.)

Objections to the slates must be written and signed by both a Senator and a member of the House of Representatives. The House and Senate would then break off for a debate before a majority vote on the objection. With a Democratic House, and a razor-thin Republican majority in the Senate, any objections are unlikely to be approved.

In fact, the safe harbor deadline could give more Republicans cover to buck Trump, rather than try and fight the election on his behalf. If a slate of electors is appointed in states by Dec. 8, “that slate ought to beat out any other slate in Congress,” says Edward Foley, an election law expert at Moritz College of Law at Ohio State University, even if any state legislature tries to send a competing slate of electors to vote for Trump. “That’s the concept of safe harbor.”

Still, Trump and his allies have vowed to continue. The safe harbor deadline means “nothing,” Trump campaign senior adviser Jason Miller proclaimed on Twitter on Tuesday. Miller wrote that the Trump team’s efforts are “all about January 6th when the new Congress tallies up the electoral votes.”

In a statement issued Tuesday, Trump’s attorneys Rudy Giuliani and Jenna Ellis also noted a focus on Jan. 6 for the legal team’s efforts, and said, “Despite the media trying desperately to proclaim that the fight is over, we will continue to champion election integrity until legal vote is counted fairly and accurately.”

Trump will almost certainly continue to cast doubt on the election results. On Tuesday, he tweeted without evidence that the election was marred by “total corruption.” But after today, the likelihood of him changing the outcome— which was always exceedingly unlikely— will shrink to almost zero. 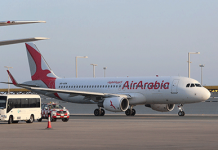 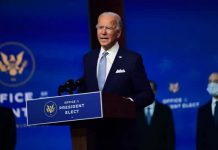