(Reuters) – Dow futures rose and S&P 500 futures hit a record high on Wednesday as hopes for a vaccine-linked economic recovery and more domestic fiscal stimulus sparked demand for economically sensitive stocks such as banks and industrials.

Investors have flocked to U.S. equities and shrugged off weak economic data in recent weeks on signs that a working COVID-19 vaccine would be available before the end of the year.

The race for a vaccine narrowed on Tuesday after the U.S. Food and Drug Administration raised no new issues about the safety or efficacy of Pfizer Inc’s candidate, while Johnson & Johnson reported it could obtain late-stage trial results for a single-dose vaccine earlier than expected.

Both drugmakers’ shares gained about 1% in premarket trading.

President-elect Joe Biden has also vowed that his administration would vaccinate 100 million Americans during his first 100 days in office, push to reopen schools and strengthen mask mandates.

With valuations now at extremely high levels, some investors worry that stocks could be more vulnerable to any bad news such as unexpected setbacks in the roll-out of vaccines or delays in stimulus.

U.S. lawmakers continued to negotiate on a long-awaited coronavirus relief package, but provisions on liability protections for businesses and aid to state and local governments are causing divisions between Republicans and Democrats.

The Trump administration proposed a new $916 billion aid package on Tuesday, after congressional Democrats shot down a suggestion for a pared-down plan.

Reporting by Shriya Ramakrishnan in Bengaluru; Editing by Shounak Dasgupta 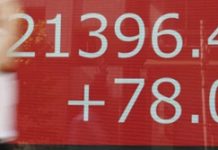