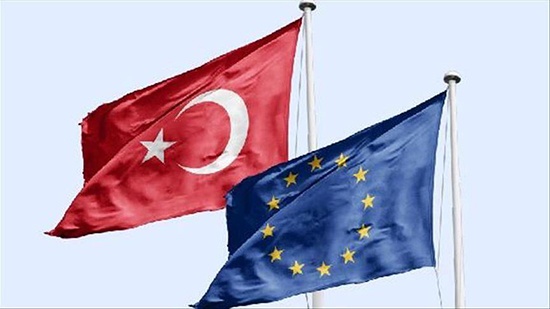 The European Union’s political leadership is meeting on Thursday to consider extending sanctions on Turkey for its pursuit of hydrocarbons in disputed waters of the eastern Mediterranean.

The European Council, made up of the 27-member bloc’s heads of state, will convene at 1.p.m. in Brussels for the two-day summit.

Greece, Cyprus and France are pushing for specific EU sanctions on sectors of Turkey’s economy, including the arms industry, in retaliation for the drilling activities, which have included sending seismic survey ships into waters contested with Cyprus and Greece. Germany, Spain and Italy have opposed such steps, saying Turkey should be given a chance to resolve differences with its neighbours.

Measures proposed in a draft document of the Council’s conclusions on Turkey, reported by media including Reuters and Bloomberg, fell far short of the demands of Paris, Athens and Nicosia.

The Council is set to extend a sanctions list of persons and entities seen as responsible for so-called illegal drilling activities, according to the text. The steps were first approved in November 2019 and related specifically to territories off Cyprus. Only officials of Turkey’s state-run pipeline company Botaş have been affected so far.

The diplomatic crisis between the EU and Turkey over the eastern Mediterranean has intensified this year, prompting the EU to warn Ankara at a summit in October that it would face sanctions unless it ended its “provocative activities”.

The draft European Council decisions envisage delaying retaliation, Reuters said. The European Commission and Josep Borrell, the EU’s most senior diplomat, should prepare “options on how to proceed” for the next EU summit meeting in March, it said.

Turkey says it has the right to search for oil and gas near Cyprus and Greek islands saying the areas lie within its continental shelf. It withdrew the seismic survey ship Oruç Reis from contested waters just before this week’s summit, mirroring a move it made before the last European Council meetings in October.

Turkey is ready to discuss all issues with neighbour Greece without preconditions because it believes that its positions are correct, Defence Minister Hulusi Akar told the parliament in Ankara on Wednesday. He said Greece has consistently ignored Turkey’s calls for dialogue. Turkey has sought negotiations on all disagreements between the two governments, while Greece says the talks should focus on maritime boundaries.

Ibrahim Kalın, the spokesman for President Recep Tayyip Erdoğan, said Turkey was seeking a positive atmosphere with the EU. The bloc was “surrendering” to the interests of some of its members, he said, Reuters reported on Wednesday.

Turkey began membership talks with the EU in 2005, but progress on individual chapters of the negotiations has been frozen due to an intensifying crackdown by the government on the political opposition following a failed military coup in 2016, deteriorating human rights and worsening bilateral ties with member states.

“The EU has a strategic interest in the development of a cooperative and mutually beneficial relationship with Turkey”, the European Council said in the draft text of this week’s summit conclusions.

But the Council said that the EU’s differences with Turkey could be resolved through a positive agenda in certain areas including the economy and trade, people-to-people contacts, high level meetings and migration.