Caretaker Prime Minister Hassan Diab on Tuesday said he was the first to open doors for investigation into the Beirut port blast, noting his “constant” calls during his time in office to fight corruption.

Diab said he was the “first to open the door for (the lead investigator into the port blast) Judge (Fadi) Sawwan in the port explosion investigation,” asking “was it because I did not go down to the port that I became corrupt?” he asked.

Diab stressed that his “conscience is clear, I abide by the Constitution. Let Judge Sawwan send any indictment against me to the Parliament,” he said, adding that he has “no interference in the judiciary,” and knows no alternative for Sawwan nor does he give any name to substitute him.

He spoke about the reasons that made him change his mind and not go down to the port when he was told about the presence of ammonium nitrate.

“I did not go down to the port because I received three different pieces of information in a matter of two hours,” he said, meanwhile “the Higher Defense Council held 20 meetings and not a single person raised his hand to report the presence of ammonium nitrate while they knew,” emphasized Diab.

The PM wondered: “Do you see common sense that the indictments made by Sawwan did not mention a single name of a judge or security (figure), but did indict a PM?

Earlier in December, Diab declined to be interrogated by the prosecutor in charge of the Beirut port blast investigation.

Diab and three former Cabinet ministers were charged by Sawwan with negligence in the massive Aug. 4 blast that killed over 200 people, injured thousands and caused widespread destruction in the capital.

The explosion was caused by the ignition of a large stockpile of explosive material that had been stored at the port for six years with the knowledge of top security officials and politicians who did nothing about it.

Diab has rejected the charges as “politically targeting” the position of prime minister and accused Sawwan of violating the constitution and bypassing parliament. He also said he had already given the prosecutor all the information he has during an initial questioning session as a witness in September.

After that, Sawwan has paused the probe for 10 days, following legal challenges to his authority by the same senior officials he accused of negligence that led to the blast. 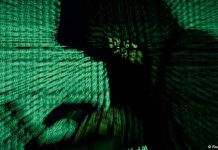