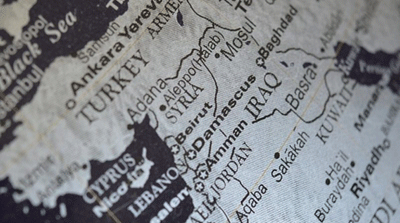 The year 2020 was a bad year for the world, owing to Covid-19 pandemic, but for the Middle East, it was even worse.

American President Donald Trump said he ordered the killing in the national interest, to stop a war. “Soleimani was plotting imminent and sinister attacks on American diplomats and military personnel,” Trump had said but did not provide any evidence to substantiate his allegation.

The assassination instead led to fears of war between the US and Iran which rung alarm bells in world capitals. Iranian shores are the coast to the north of the strategic strait of Hormuz which connects the Gulf to the Arabian Sea. A third of the world’s natural gas and 25% of global oil consumption passes through the strait of Hormuz which Iran could block in the event of war.

Iran threatened a proportionate response after Soleimani’s killing but heeded the call for restraint and merely attacked two Iraqi bases hosting American troops. As intended, not a single American soldier died in the attacks which could have provoked America to hit Iran.

Tensions gradually deescalated but as the year ended and Trump lost the election, speculation of an armed conflict picked pace again. The outgoing American administration rushed to impose more sanctions on Iran in its last days, before president-elect Joe Biden took office in January 2021.

In late December, Trump again warned Iran and threatened war. He tweeted that he held Iran responsible for firing rockets into Baghdad’s heavily fortified Green Zone and targeted the US Embassy. “Some friendly health advice to Iran: If one American is killed, I will hold Iran responsible. Think it over,” Trump tweeted.

Iran’s foreign minister Mohammad Javad Zarif dismissed Trump’s assertion that Iran was behind the attack in the Green Zone and said that Trump would bear “full responsibility for any adventurism on his way out.”

In short, the year 2020 was defined by America’s obsession with Iran and how on several occasions the region felt it might be pushed into another, and incomparably more devastating war. Biden’s electoral victory has subsided those concerns but even whilst out of the door Trump continues to keep the region on tenterhooks.

The year 2020 was a bad year for the world, owing to Covid-19 pandemic, but for the Middle East, it was even worse.

It started with the Lebanese hoping for a change in the political system — from a sect-based power-sharing system to a technocratic government made of honest men and women who could protect the country from an economic collapse. But it ended with the currency losing 80% of its value, large-scale unemployment, the Lebanese becoming the new boat people on the Mediterranean Sea looking for refuge in Europe, and, a blast at Beirut port that left large parts of the historic city in ruins.

Thousands of tons of unsafely stored ammonium nitrate exploded on 4 August and swallowed some of the most vibrant neighbourhoods of Beirut causing massive destruction. It left more than 200 dead and 200,000 homeless. Saad Hariri, the prime minister who was forced to resign in October 2019 after Lebanese protestors demanded change, returned to power in 2020 and has not yet managed to form a government.

The economy collapsed and its impact was also felt in neighbouring Syria. Many Syrian businesses claimed to have saved money in Lebanon’s banks but as these banks imposed capital controls their money is blocked as well, if not entirely irretrievable.

Torn by nine long years of war, Syria is in a desperate need to rebuild its essential infrastructure. America imposed sectoral sanctions on Bashar al-Assad’s government, however, forbid any third country, including Assad’s allies Russia, China, and India, from investing in Syria. America and many in Europe feel reconstruction funds are the only leverage they have over Assad to exert pressure on him to release over a hundred thousand political prisoners languishing in Syrian prisons, and usher in meaningful political reforms.

Syria was destroyed in the war between the regime and the rebels but much of the country was pulverised by the heavy bombing unleashed by the Syrian government backed by Russia. The west, therefore, says that Assad is responsible for the destruction, and paying him to rebuild without any concessions would only strengthen his rule. Syrian people still inside the country, meanwhile, are struggling to deal with an exponential rise in Covid-19 infections and a hunger crisis. Syrians are queuing outside bakeries for hours on end to procure subsidised bread as shelves in stores run short of food products. There is no end in sight to their hardship.

It was, however, a good year for Israel’s prime Minister Benjamin Netanyahu. As Israel gets ready to vote again early this year Netanyahu can flaunt the peace deals he has secured in the Arab world with the United Arab Emirates [UAE], Bahrain, Sudan, and Morocco.

Tens of thousands of Israeli tourists thronged markets and beeches in Dubai in a spectacular development in the region while Emiratis posed for selfies in the disputed holy city of Jerusalem. The bonhomie was much to the chagrin of Palestinians who have suffered immeasurably more under Trump’s years in the White House. They hoped that Biden might reopen the path to statehood and loosen purse strings to provide aid to Palestinian refugees scattered all over the region.

2021 is expected to see a thawing of relations between the US and Iran, but any change is going to be very gradual. Lebanon and Syria’s economic crisis is expected to get worse and there is no hope of warring sides in Libya and in Yemen to end their conflicts.

The future of the region seems bleak. It will increasingly be shaped by a rivalry between the monarchs of the UAE and Saudi Arabia, and Turkey; the supporter of political Islamists in the region.